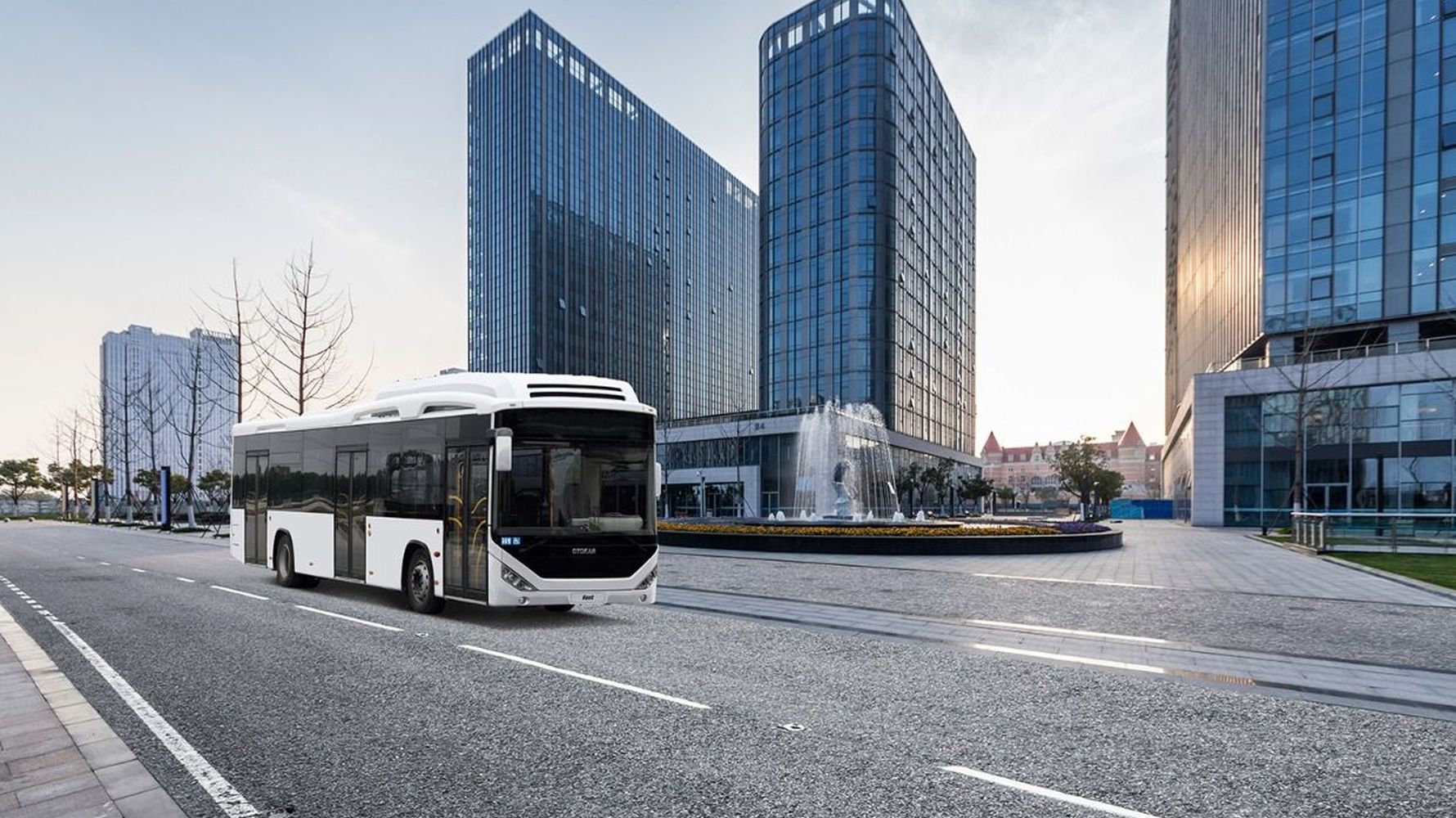 Turkey’s leading bus brand, Otokar, is not slowing its exports. Providing comfortable and safe journeys to millions of passengers with its more than 50,000 buses in 35 countries around the world, Otokar has received an order for 50 Azerbaijani natural gas city buses to be used in Baku public transport.

One of the Koç group companies, Otokar continues to grow in export markets with its own designed and manufactured buses. Otokar, whose buses are used in more than 50 countries, especially in Europe, recently received an order for 50 CNG city buses from Azerbaijan’s leading public transport company, Xaliq Faiqoglu. Orders for 48 KENT 12-meter CNG and 2 18.75-meter CNG KENT Bellows to be produced in line with Baku’s public transport needs will start this year and are expected to be completed in the first quarter of 2022.

General Manager Serdar Görgüç said he was very happy to export the city buses from Otokar, which is the first choice of European capitals with its almost 60 years of experience in the public transport sector, engineering and vehicles, to Azerbaijan; “We are pleased that our vehicles, which are the first choice of urban public transport in many European countries, including France, Italy, Spain, Germany and Romania, as well as Turkey, will soon also be served in Azerbaijan. This order is also the largest export order we have received for CNG vehicles. We are very proud that our buses designed and manufactured in Turkey are used in major cities around the world. “

IT WILL INCREASE COMFORT IN PUBLIC TRANSPORT

Görgüç said that 48 KENT vehicles and 2 KENT Articulated CNG vehicles will be produced according to Baku public transport needs. “KENT buses, which we will produce in accordance with the requirements of the country’s largest city bus operator, Xaliq Faiqoglu, who has served in Azerbaijan for almost 20 years, will provide unparalleled convenience in Baku’s public transport services with their large volume. interior and their functionality. “

Noting that municipalities and bus operators have turned to environmentally friendly vehicles in recent years due to climate change and air pollution, Görgüç said: “We have significant experience in vehicles. alternative fuel, especially electric buses. We have spent TL 10 billion on R&D over the past 1.3 years to raise living standards for future generations with efficient, environmentally friendly and innovative products. We developed Turkey’s first electric bus, first hybrid, CNG, and first safe bus in Turkey with the strength we derive from our R&D studies. Every day, more than 35,000 of our buses provide comfortable and safe travel opportunities for millions of passengers. Our 2022 buses, whose deliveries will begin this year and end in the first quarter of 50, will also support the fight against climate change and air pollution.

KENT buses also grab attention with their modern interior and exterior appearance, environmentally friendly engine and superior handling. Baku’s KENT buses, which will offer low operating costs per seat, promise comfortable travel in all seasons thanks to their powerful air conditioning. The vehicle that offers maximum safety with ABS, ASR, disc brakes and anti-lock system on the doors; It promises a high level of comfort in public transport. Otokar KENT is also distinguished by its large passenger capacity.