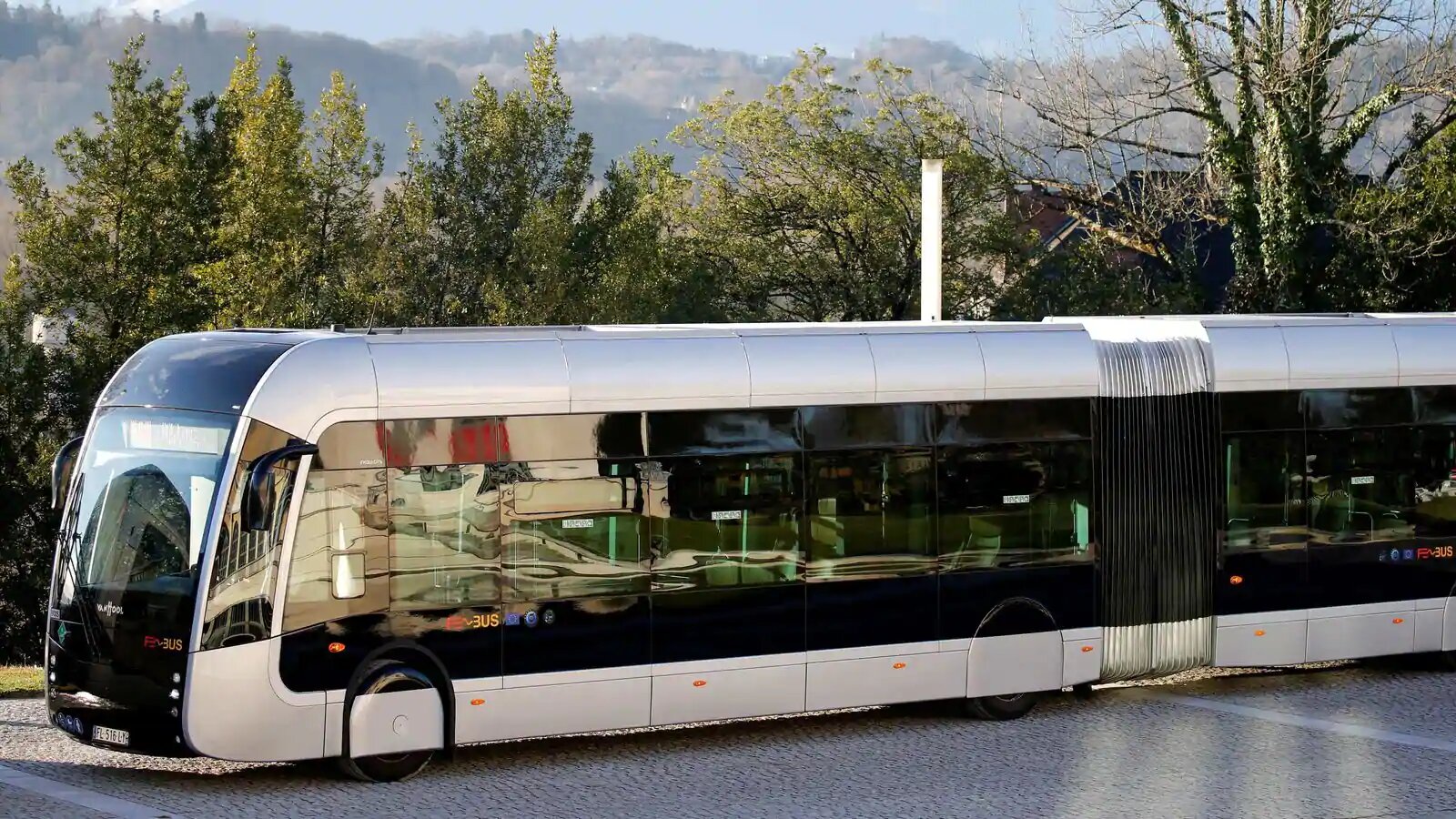 Today, cheap and reliable fossil fuels define our way of life and our energy use – from transportation to entertainment and even our food supply chains. It seems almost impossible that this could change overnight, but the reality is that we must prepare to change the way we have operated for centuries.

The themes of going green and the energy transition have gained momentum in recent years, but exploring these topics is even more crucial than exploring to ensure these conversations stay grounded in reality.

While the Middle East and Africa region relies primarily on traditional energy sources, there have been a number of projects and initiatives aimed at diversifying energy sources, which are revolutionizing the way we live in the future. One of the most notable examples is the development of a hydrogen economy in the United Arab Emirates and Saudi Arabia.

Dubai Festival City. Likewise, the Emirates National Oil Company (ENOC) plans to unveil a ‘Service Station of the Future’ for Expo, the world’s largest event celebrating innovation, which will use multiple energy sources, including solar energy and hydrogen.

In Saudi Arabia, the kingdom is building a green hydrogen plant in its future smart city, a project described by the government as a “new vision of the future”. The plant will be powered by 4 GW of wind and solar power and will produce 650 tonnes of green hydrogen every day, enough to run around 20,000 hydrogen-powered buses.

Egypt is not far behind. Earlier this year, President Abdel Fattah Al-Sisi expressed his desire to attract foreign direct investment (FDI) in the new and renewable energy sector during a meeting with representatives of Belgian companies seeking invest in the production of green hydrogen. In addition to stimulating local industry, investments in the production of green hydrogen should also improve port movements and guarantee strategic access to the European energy market.

But what is a hydrogen economy? In short, it replaces gasoline as a transportation fuel or natural gas as a heating fuel, with water as the only by-product. It has the potential to refuel cars, buses, airplanes, as well as heat buildings, and can also be liquefied, stored and transported by pipelines.

The Hydrogen Council, a global initiative of 92 major energy companies dedicated to developing the hydrogen economy, estimates that by 2050, hydrogen could power more than 400 million passenger cars around the world and up to 20 million trucks and 5 million buses.

A new report titled Path to the competitiveness of hydrogen: a cost perspective also shows that by increasing the production and distribution of hydrogen, the cost of hydrogen solutions can decrease by up to 50 percent by 2030, which may become a viable alternative to other options.

However, despite evidence that there is a future in hydrogen, it is still not widely used as a clean energy solution due to the lack of clear policies, investments and international cooperation. Policymakers, researchers, industry leaders and other stakeholders in society must work together to design the right rules and policy environment for regulatory harmonization and coincidence of energy markets. .

Heinz J. Sturm, founder of the Bonn Climate Project, implemented by the International Clean Energy Partnership (ICEPS) and the Climate Technology Center (CTC), based in Germany, is an advisor to governments and organizations. on the hydrogen economy and a great energy advocate transition. The Bonn Climate Project currently offers joint research with governments and environmental organizations, as good as field concepts and solutions that have been implemented in the German city of Bonn, such as fuel cell boats.

Sturm’s interest in developing clean energy sources spiked when he traveled to other countries and recognized the essential value of energy supply. “I recognized the link between poverty, simple agriculture and animal husbandry, energy shortages and a lack of infrastructure. I was struck by the fact that the lack of energy supply is the main cause of poverty and that without energy no infrastructure development can take place and people will remain poor, ”he said.

Sturm also realized early on the importance of understanding the threats of climate change and clean energy resources, which he recognizes are not readily available to people in other parts of the world. “In 1997, for example, the United Nations Climate Secretariat was opened in Bonn, Germany, which is only a few kilometers from my home. I have always been informed by the press about climate protection, climate change and the problems of many countries that are suffering from climate change, ”he notes.

In 1999, on the basis of his technical training and his work in the field of clean energy, the importance of hydrogen in climate protection was integrated into his vision for the future of energy projects in the rural areas. “I realized in 2000 that the steam reforming of biomass and waste by-products offered an opportunity to produce hydrogen from renewable and sustainable sources and would solve the energy problems of many developing countries”, explains Sturm.

Egypt produces around 50,000 to 60,000 tonnes of solid waste per day, totaling 22 million tonnes per year, according to the Waste Management Regulatory Authority (WMRA). Tackling this waste management problem can lead to transforming environmental risks into clean, renewable energy, which includes the production of hydrogen through a biomass gasification process involving heat, steam and oxygen. .

“Ultimately, steam reforming and therefore decentralized production of inexpensive hydrogen gas from waste biomass is the only affordable and sustainable [and technically feasible] solution to generate energy in remote areas. In this regard, it will also prevail and become more and more popular, because people don’t have the money for expensive cutting edge technologies, ”he adds.

Many African countries remain dependent on the export of fossil fuels and see it as a primary economic strategy. NJ Ayuk, president of the African Energy Chamber, notes that “natural gas is by far the most economically sustainable way to generate enough electricity to fuel economic development”, and that demonizing energy companies undermines the best economic development opportunities of African countries.

As such, the debate on how we can move forward and define global climate policy through international cooperation becomes extremely critical. And while there is extensive research into emerging technologies that can be used as alternatives to pollution, it is also vital to ensure that all countries have equal access to knowledge and applications.

In cooperation with the German government, Sturm’s strategy to promote a hydrogen economy for Arab and African countries in the region is currently being used and studied by the UN Climate Secretariat for wide application and popularization. “As a participant in the UN climate conferences, I have known for many years that German technologies are not accepted abroad. In addition, their technology is still geared towards renewable electric energy, which makes the introduction of new technologies in most countries of the world more difficult, more expensive and therefore practically impractical, ”he says.

However, Sturm points out that the production of “green hydrogen exclusively by electrolysis” and “cheap electrolysis plants” will be available on the market by 2040, which can only cause further delay of the climate action. A more realistic alternative is to move from an energy transition based on electricity to a gas-powered model. This is because gas, as an energy source, can be produced cheaply and inexpensively through the thermochemical gasification of biomass (waste), which also includes organic waste of all kinds, including waste household.

The next decade will be caught between opposing scenarios; from survival to prosperity, from scarcity to abundance, from recession to growth. However, for international climate protection to be successful, international cooperation must take a holistic view of politics, climate policy, geopolitics, development policy and social policy. It is also essential to realize that it is not only about meeting climate goals, policies, laws or emission reductions, but also putting people first, and especially marginalized areas. .

Between olive trees and horses: the unique wilderness therapy center of Nuweiba