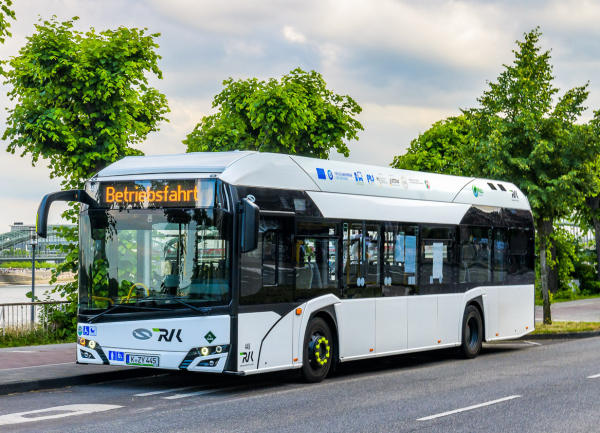 The heart of the Urbino 12 hydrogen bus is a 70 kW fuel cell pack. The hydrogen system also includes auxiliary devices, for example to supply hydrogen and air at an adequate pressure to recirculate the hydrogen that has not been used, and also to maintain an appropriate and stable temperature. fuel cells during operation.

The electricity generated during vehicle operation in the fuel cell is transmitted directly to the drive train. The hydrogen is stored in gaseous form in composite tanks placed on the roof of the bus.

Separately, Solaris announcement that she recently signed a contract for her 2,000e electric bus.

Orders for these 2,000 Urbino electric vehicles have been placed by transporters from more than 140 cities in 21 European countries. More than 1,300 vehicles from this fleet have already been delivered and are enhancing public transport. Another 700 electric units will be manufactured this year or in the years to come.

Solaris manufactures more than 1,500 buses a year, nearly half of which are equipped with fully or partially electric drives.

Wave sees its ridership increase for the first time in years