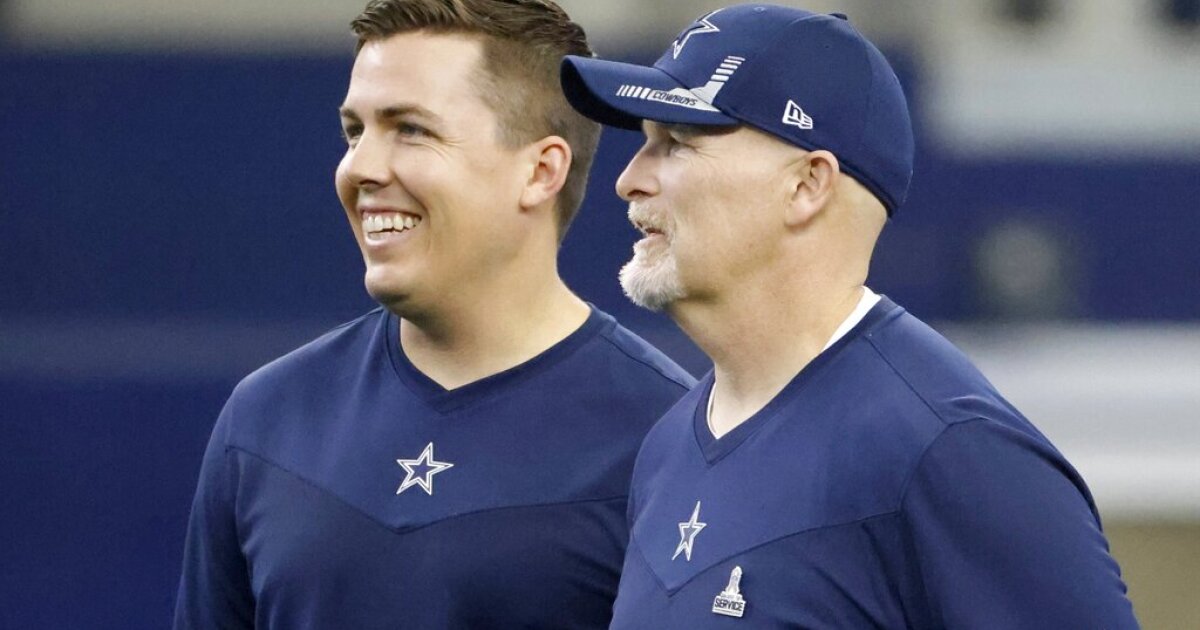 Broncos set to interview Cowboys Quinn and Moore on Tuesday

DENVER — The Broncos won with the loss to the Cowboys on Sunday.

The timing isn’t ideal for Cowboys coaches after a demoralizing loss to the San Francisco 49ers left a trail of questions. Why was Quinn’s defense so unruly about penalties? Does Moore regret calling a Dak Prescott run that turned into a mess because the Cowboys ran out of time on the 24-yard line?

Decisions, however, aren’t made on a game, and certainly not by Broncos general manager George Paton, who rose to his position of power because of his thoroughness and attention to detail.

Quinn’s candidacy is worth watching. He was considered a favorite for the Broncos’ job, not because of any media narrative. It checks a lot of boxes. Paton wants a leader, above all, and Quinn has imposed himself just as much in the stopovers with Seattle and Atlanta. He has a well-deserved reputation for his caffeinated energy and connection to the players – not a Vic Fangio strength. Cowboys star linebacker Micah Parsons pleaded in his postgame interview Sunday for Quinn to stay.

Quinn, 51, has interview requests from the Broncos, Bears, Dolphins and Jaguars. It’s possible he’ll get an offer this week, which could speed up the Broncos’ schedule if they identify him as their pick.

Even with his experience — the only one of 10 with a head coach on his resume — Quinn isn’t a perfect fit. He won a Super Bowl ring in Seattle with the secondary Legion of Boom, stifling the Broncos, and led the Falcons to the final game before blowing a 28-3 lead. Quinn’s offense excelled in Atlanta under Kyle Shanahan and Steve Sarkisian, but his defense failed him as he and the GM weren’t lined up at the end. Quinn knows Paton well, having worked with him for two years in Miami in 2005 and 2006, and he wanted Paton to follow him to Atlanta.

Moore, 33, led the Cowboys’ most explosive offense in decades, averaging 30.4 points this season. The Broncos, by comparison, averaged 19.7. Moore is considered a teacher with a brilliant mind. However, his personality doesn’t fill a room, and combined with his age, it’s fair to wonder if he needs a little more seasoning.

Mayo, 35, is considered a rising star in the coaching industry. A former outstanding player, he is respected for his leadership. However, he has only been a coach for three years and has never been a coordinator, which raises the question of whether he could put together a solid staff.

Gannon, 38, returns to Paton, Minnesota where he rose through the ranks. This is Gannon’s first season as defensive coordinator. It was a roller coaster ride, ending in a poor performance against Tampa Bay.

After Wednesday, there will remain three candidates to interview: Rams OC Kevin O’Connell, who knows Paton from league circles and time at the combine, Bengals OC Brian Callahan, who, like Paton , attended UCLA and began his football coaching career in high school, and Eric Bieniemy of the Chiefs, who earned a solid reputation for his passion and intensity while helping Kansas City reach its offensive potential. .