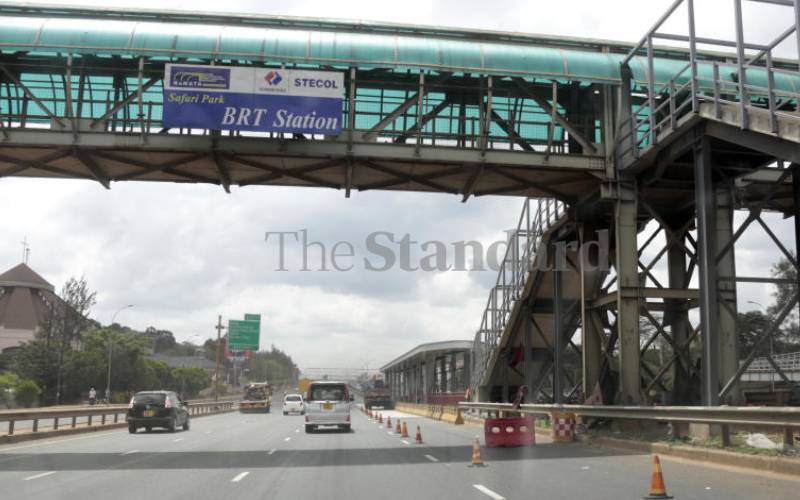 BRT: Why local bus assemblers have no reason to smile

Local vehicle assemblers may run out of supplying buses for use on the Bus Rapid Transit (BRT) system.

Companies could be overtaken by more established international firms on, among other stringent requirements, the ability to supply electric or biodiesel buses.

None of the local assemblers currently produce such vehicles. Last month, the government began purchasing 300 BRT buses as it prepares to start implementing the system on Thika Road.

The BRT is a bus-based public transport system designed to have better capacity and reliability than a conventional bus system.

The Nairobi Metropolitan Authority (Namata) said 100 buses will be used for the pilot phase, the implementation phase of which is expected to start in July this year.

A later phase will use 300 buses and expand service to Ruiru, while an even more ambitious phase will see around 660 buses shuttle between Kenol (Murang’a County) and Ongata Rongai (Kajiado County).

Local vehicle assemblers, however, could miss out on the lucrative tender in which bus manufacturers will earn billions of shillings by leasing the vehicles under the new scheme.

This is mainly due to the need for biodiesel, hybrid or purely electric buses, with local assemblers only producing buses running on fossil fuels, such as diesel and gasoline.

The adoption of electric vehicles in Kenya is currently estimated at 5%, the majority of which are private vehicles.

The companies are also not enthusiastic about supplying the BRT main line and instead say that there are opportunities to sell buses to matatu Saccos that will run on the BRT feeder networks.

The lukewarm corporate reception to the BRT system, which the government expects to transform transport services on the busy Thika road and over time in Nairobi and its environs, could perhaps be due to an experience past where they burned their fingers.

They had built BRT buses on the promise that the state would buy them, but then it reneged on that promise.

“The fact is that we will not compromise on standards. Namata released the standards as part of this bidding process,” he said, adding that the buses that will use the route must also be of good design, perhaps an indictment of the know-how of local vehicle assemblers.

“We also want good designs. Audiences want something that looks good. When passengers are inside this bus, we want them to feel it was designed with them in mind.

Hinga also noted that some key components of locally assembled buses are imported, which he said could work if local bus builders worked with foreign companies.

“In bus manufacturing you have the chassis… there is no chassis made in Kenya, you will have to import anyway. When we talk about making buses in Kenya, I think people are referring to bodybuilding,” he said. He added, however, that there are provisions that would benefit local actors.

These include requiring successful bidders in the tender to lease the vehicles from the BRT bus operating company to transfer skills, which in the long term will see the buses being manufactured locally.

Hinga added that international companies are also required to source locally for 40% of the contract value.

“We have planned a phasing in terms of transfer of skills because we want as many of these buses as we proceed to be manufactured here,” said the PS.

“We also said we wanted a minimum local capacity of 40%. If you make the body here, you will have met your 40% requirement.”

Hinga said Namata might be looking for a bus manufacturing company that has units ready, which could further lock in local businesses.

“There’s a premium we’re willing to pay for anyone who has buses that meet our standards…if you have inventory available, we can review it,” he said.

In 2019, the government was preparing to start the implementation of the BRT system on Thika Road and even demarcated BRT lanes. He had planned to import buses from South Africa, a decision that sparked a storm.

Opponents of the plan argued that Tanzania had purchased BRT buses for the rollout of the system in Dar-es-Salaam, using buses built in Kenya, and therefore there was no reason for Kenya to buys its buses from South Africa.

Dar was the first city in East Africa to successfully implement such a public transport system.

The government bowed to pressure and offered to buy some of the buses locally, but then abandoned the plan, leaving local players with units they could not get rid of on the open market.

Then and now, the apparent preference for foreign-made units seems to be pouring cold water on the ‘Buy Kenya, Build Kenya’ campaign intended to support local industrial production.

She said the local industry will look at other opportunities arising from the implementation of the BRT system.

While Isuzu has yet to explore partnering with international companies for production of the buses, it noted that there are other opportunities, not just for vehicle assemblers, but for a host of other industries. .

“We haven’t looked at that (partnerships), but the 40% local content could be funding or building the rolling stock bodywork… so there’s an opportunity for that. So far, there is nothing concrete as the bidding process is still in its early stages,” she said.