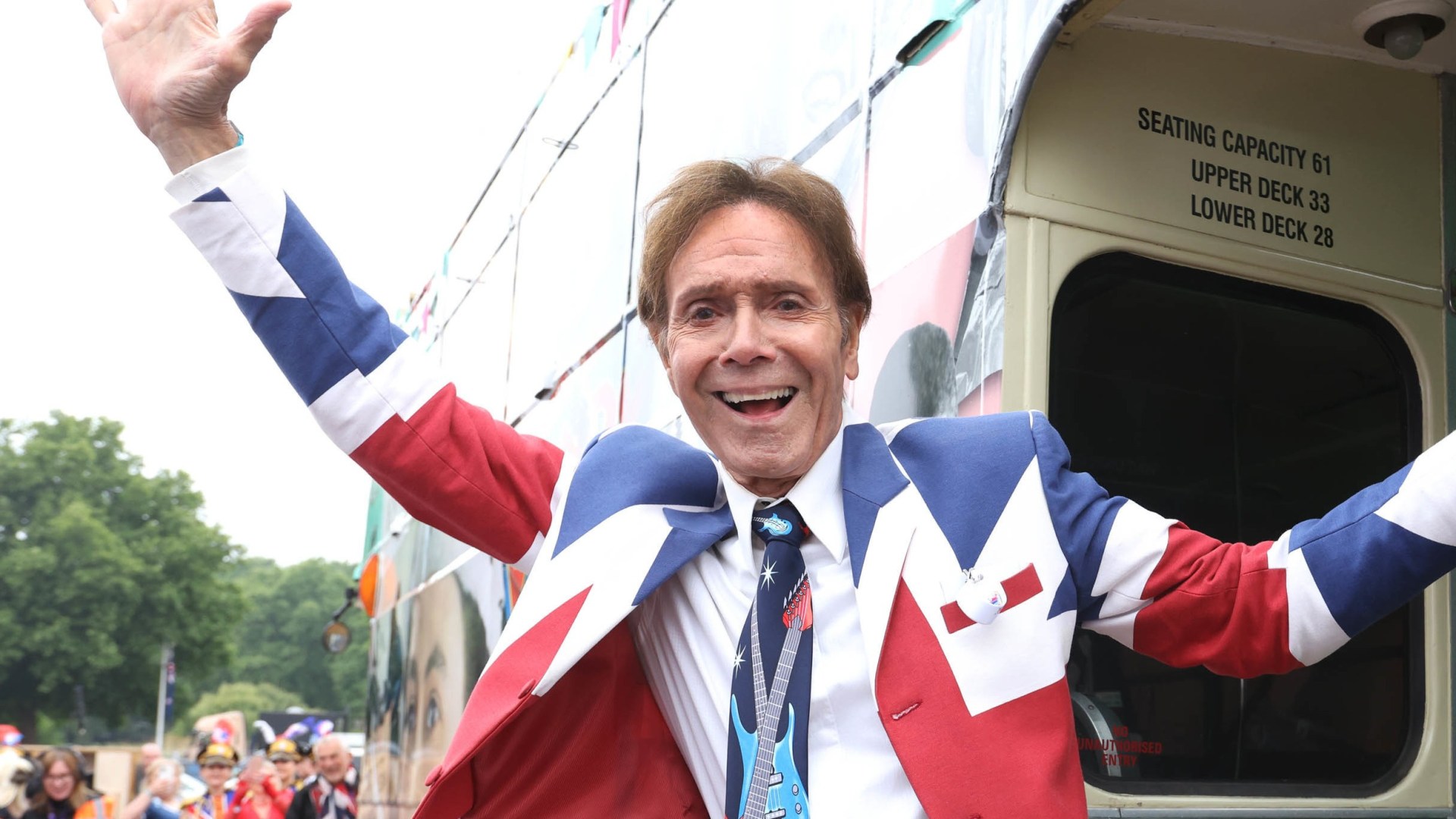 Two hundred famous faces took Britain on a journey down memory lane yesterday in a cavalcade spanning the eight decades of the Queen’s reign.

Models Kate Moss and Naomi Campbell joined actress Patsy Kensit on an open-top bus that took us back to the 90s.

They were joined on the upper deck by cosmetics guru Charlotte Tilbury, Idris Elba, Phoebe Dynevor of Bridgerton, pop stars Neneh Cherry and Nile Rodgers and violinist Vanessa Mae. On the side of the double-decker bus were pictures of the Spice Girls.

Naomi, 52, said: ‘It was an amazing day and I’m honored to be here to greet the Queen. Our bus was iconic but we were dazzled by the 80s bus.”

Kate, 48, wore a Vivienne Westwood Union Jack vest.
Each bus was decorated with photos of stars, news stories and fashions from their designated decade.

Sir Cliff, 81, said: ‘It was the greatest of honours. Even though we were all singing together, it was individual – just for Her Majesty.

The biggest cheer of the day was for the float carrying the singing cast of Mamma Mia! of the West End.

Lead singer Mazz Murray, 48, revealed: “Twenty years ago I was a young singer on the roof of the Palace with Brian May. Being here today is a dream come true.

Mazz took to the stage after the Queen’s balcony appearance yesterday to sing Abba hits to the crowd.

Half a dozen ladies were also driven in Jaguars, including movie icon Joan Collins and 60s model Twiggy.

They drove the 1½ mile course near Buckingham Palace, but Judge Bake Off Prue Leith’s car broke down. Earlier, a parade of 1,800 servicemen and women – along with 200 horses – took 19 minutes and 30 seconds to pass the Queen Victoria Memorial.

The extravaganza was the brainchild of pageant master Adrian Evans, 64 – the man behind the ill-fated rain-spoiled Diamond Jubilee procession.

He spent 18 months planning the cavalcade of nostalgia and said: “After the glitz of Thursday and Friday, we wanted to show the eccentricity of Britain over the past 70 years. We won a World Cup, there was the first foot on the Moon.

“The world has changed, but the Queen was a constant presence throughout it all.”