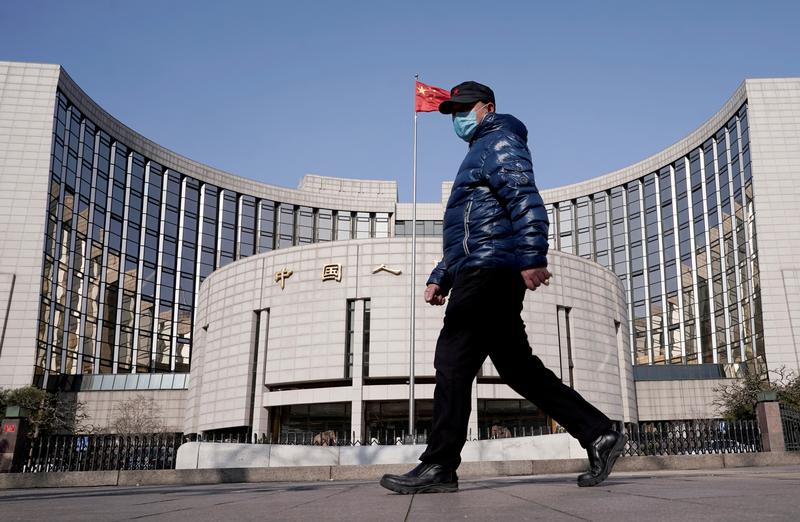 FRANKFURT (Reuters) – China has the greenest central bank in the world, followed by Brazil, both beating the richest countries with concrete measures such as lowering interest rates on loans for construction projects. fight against pollution, an activist group said on Wednesday.

UK campaign group Positive Money has ranked central banks and financial supervisors in G20 countries based on their efforts to tackle climate change.

Only three of them got a pass: China, Brazil and France.

The results may surprise some as China, which scored the highest in the report, is one of the world’s biggest polluters and Brazil has been criticized for destroying parts of the Amazon rainforest.

But the study’s authors said financial policymakers in both countries acted sooner precisely because they faced greater environmental threats.

“This makes environmental impacts and risks more immediately visible and relevant to their central bankers and supervisors, and can provide a greater impetus for greening their policy-making processes,” Positive Money said.

For example, the People’s Bank of China’s first green initiative dates back to 1995 and banks are now required to offer cheaper loans on environmentally friendly projects, according to the report.

Brazil stands out for restricting funding for crop expansion in the Amazon and other vulnerable regions.

France, which largely derives its monetary policy and financial regulation from the European Union, narrowly beat its EU peers to third place thanks to extra points gained from its own major climate stress test. banks and insurers.

This is in addition to measures taken by the European Central Bank, which has started requiring banks to take climate change into account when granting loans and is considering adopting a green bias in its bond purchases.

The report mainly focuses on official policy and does not reflect the effectiveness of the implementation.

The role of central banks in tackling climate change is the subject of increasing global debate, but so far there is no consensus on the way forward.

A report by a group of 89 institutions released last week found that all policy options, such as skewing central bank funding in favor of green issuers or punishing polluters, have drawbacks.

A key problem is that engaging in climate policy would raise questions about two sacred cows of the past three decades: the central bank’s independence from politics and its resolute focus on inflation, associated in some countries with employment.

Indeed, the Chinese central bank is not independent of its government while that of Brazil has just obtained its autonomy.

Positive Money advocated throwing such scruples to the wind because the costs of inaction would be more severe, and called for stifling funding for polluters.

“Targeting the riskiest and most harmful assets for the environment – such as those linked to the extraction of fossil fuels – to exclude them from monetary policy operations and limits or penalizing factors in prudential policy would be a first milestone, ”he said in the report.