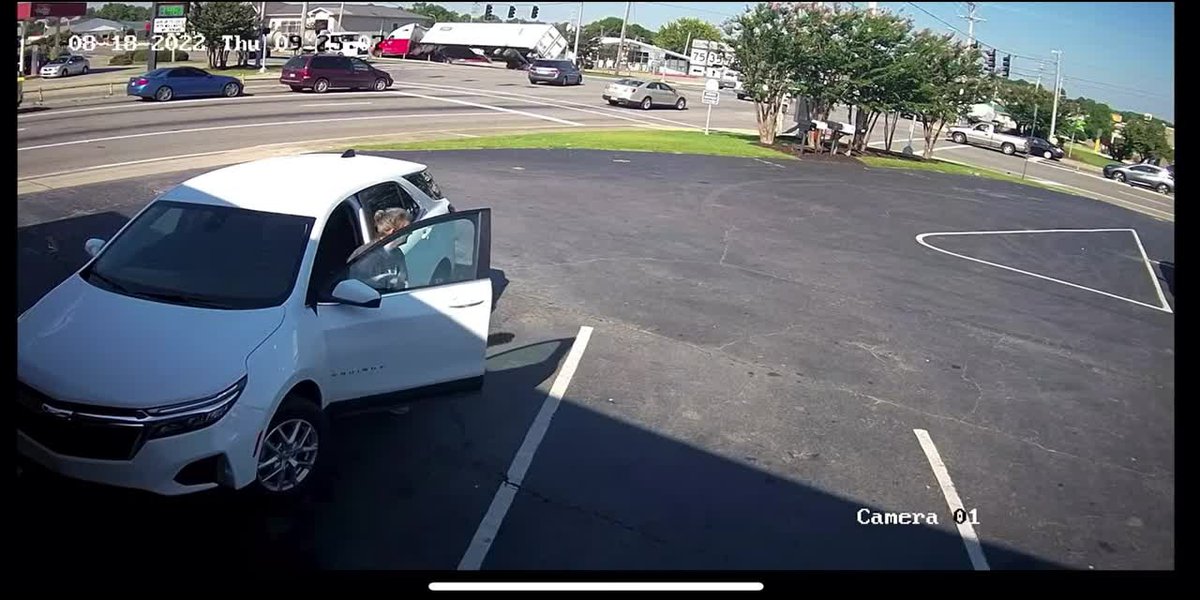 RAINSVILLE, Ala. (WAFF) – A wreck involving an 18-wheeler caused a hazardous material spill on Highway 75 in Rainsville on Thursday. Now Fort Payne officials have blocked access to a local business after a potential threat was discovered with materials removed from the crash site.

According to Fort Payne Mayor Brian Baine, storage containers with runoff from the spill were transported to land on Gault Avenue. Baine said the containers were in a “very combustible” condition stored in the truck. Officials unscrewed container lids to help reduce construction pressure in the containers. It is believed that this process will help avoid a possible evacuation of the immediate area.

Baine said a plan was underway to remove the truck from the area. Teams from the Alabama Department of Environmental Management are also on the scene.

The truck crash blocked Rainsville’s main intersection for hours, as seen in security camera footage below.

The video was provided to WAFF by Rudy Garza

At the time of the accident, the DeKalb County EMA recommended that people evacuate at least 1,000 feet from the area because there was a “threat to life”. Officers at the scene said the chemical was hydrogen peroxide with a concentration level over 30%. Since the concentration rate gives it a thermodynamic property, i.e. it creates its own heat, the substance was very reactive. According to the EMA, the substance is often used in textiles for bleaching.

According to Fort Payne Police Chief David Davis, all roads that have been affected by the movement of the hazardous substance in Fort Payne have been open since Friday evening.

On Thursday, the DeKalb County EMA posted on Twitter that the school board is rerouting buses because the intersection of Highway 75 and Main Street will remain closed for more than three hours.

Officials at the scene used fire suppression tactics and are blocking sewers.

Central Rainsville inaccessible due to HAZMAT spill at intersection of 35 and 75. Expected duration over 3 hours. Traffic on the 35 blocked between Rainbow rd and Marshall rd. 75 blocked from George Wallace to VFW/Marshall rd. The school board is rerouting the buses accordingly.

A Rainsville police dispatcher said the truck was the only vehicle involved in the crash. The truck was wrecked trying to maneuver around the construction. The driver suffered no injuries.

Evacuation is recommended 1000 feet from the AL 35 and AL 75 intersection in Rainsville. There is a spill of hazardous materials that threatens the safety of people. Do not approach Rainsville Redlight.

Plainview School has created a boundary map telling parents that if they live within the boundaries and their child is taking the bus, they must pick up their child from school.