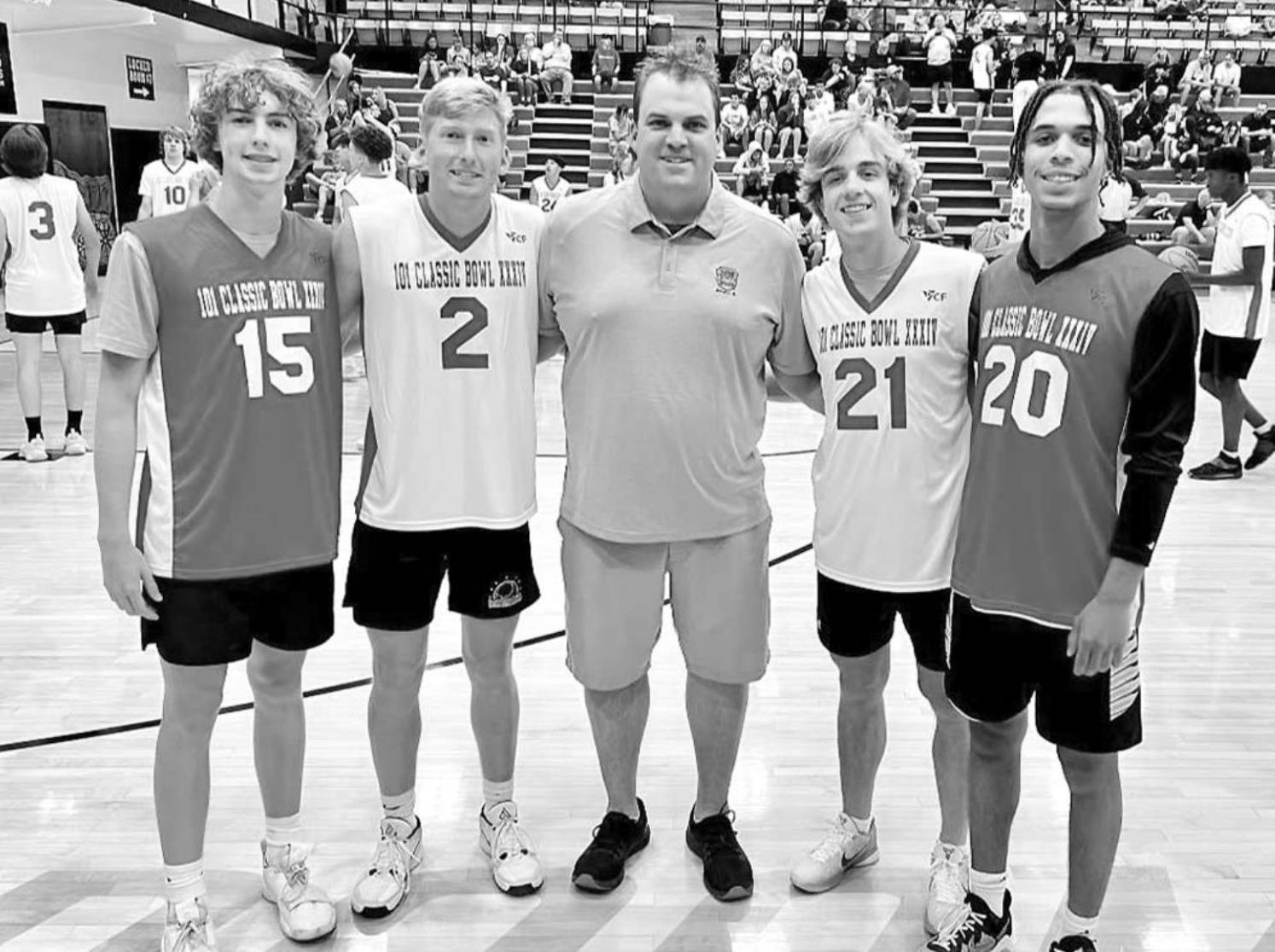 Chase Davis and Vance Raney resumed in June where they left off in March.

The two Kingfisher County players led their respective teams in scoring – and picked up some gear – in Game 1 of the Classic Bowl basketball games at Woodward last week.

He was named the game’s Most Valuable Player.

Davis was the Class 4A state tournament MVP for Kingfisher in March when the Jackets won a third straight state championship.

During Classic Bowl week, he was named the East’s Most Valuable Player.

Cashion’s Jonah Jenkins also scored 10 points for the Whites (teams aren’t geographically split in basketball like they are in soccer).

The red team was coached by John Hardaway of Cashion, who was named the Classic Bowl Committee’s Men’s Coach of the Year.

Hardaway coached Cashion to the Class 2A State Championship game.

Brayden Stover of Okarche, who scored four points, and Daxon Duffy of Lomega also played for the red team.

Evan Endres, also of Okarche, and Blake Snowden of Lomega scored three points each for the white team.

Her Kingfisher teammate Allison Green scored two points for Team Red in Game 1, which was a 61-59 loss to Team White. Okarche’s Sophie VanDenDriessche scored five points for the Whites.

Also, Okarche’s Adyson Arms was the recipient of the $2,000 Mitchel Family Girls’ Basketball Scholarship. She was Green’s teammate in Game 1.