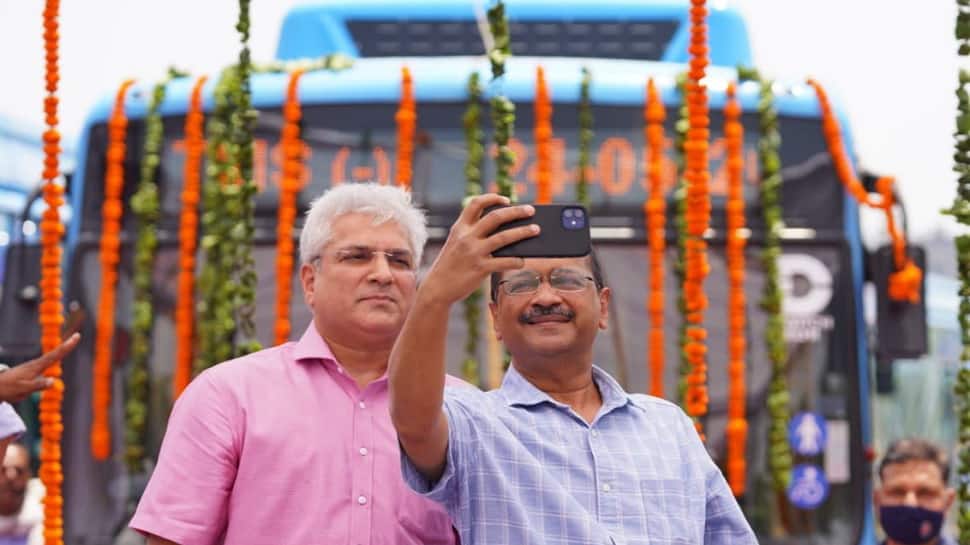 ▪️Social media flooded with selfies of commuters for the #iRideEBus country

About 12,000 people traveled on the first day on May 24, followed by 28,000 on May 25. Along with this, on May 26, around 52,000 people traveled for free. MPs, along with senior Delhi brass, have been riding the electric buses for the past three days to observe and examine the facilities as well.

The biggest characteristic of electric buses is that they do not pollute and they are zero emissions, these buses are noiseless. In addition, they are equipped with GPS devices, ramps for people with reduced mobility, panic buttons, CCTV cameras and other security-related facilities.

We drive electric! The Delhi government has put 150 new electric buses on the road. Sebastian and Zainab from the German Embassy had a test drive – it feels good! Until tomorrow, everyone can ride for free – well done! #IrideEbus #switchdelhi pic.twitter.com/h0kM11koMG

Out of 150 buses, 51 depart from Mundelakan depot and 99 buses depart from Rohini Sector-37 depot.

CM Arvind Kejriwal had also launched a selfie competition to raise awareness of electric buses by taking a selfie in the new fleet of electric buses. This contest will run until June 30. The selfie contest is held on social media, where passengers will post a selfie while traveling on an electric bus. The three most liked and shared contestants will be selected to be commended by the Delhi government and will receive an iPad as a reward.