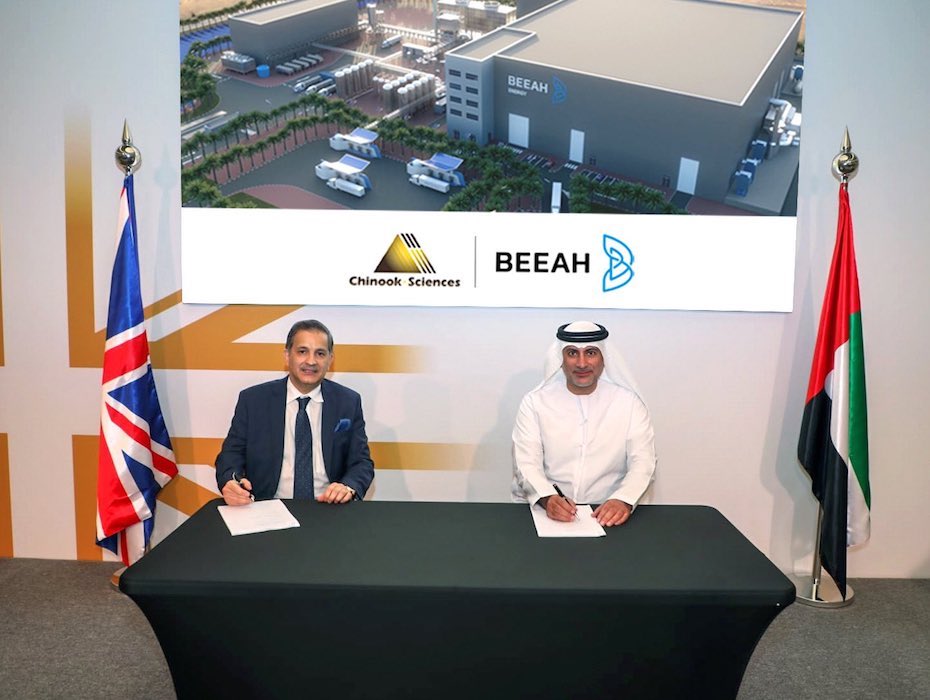 Sharjah-based Beeah Energy, a subsidiary of Beeah Group, and UK-based Chinook Sciences have signed an agreement to begin development of the region’s first waste-to-hydrogen plant.

Non-recyclable wood and plastic waste will be treated using Chinook RODECS gasification and pyrolysis technology, which will produce up to 18,000 kg of green hydrogen per day at full operational capacity, according to the agency. official WAM press.

“The technology breaks down hydrocarbons from waste through advanced thermal treatment to release and recover green hydrogen. Then, when green hydrogen is used in vehicles, it only emits water as a by-product,” said Dr. Rifat Chalabi, President and Co-Founder of Chinook Sciences Group about the RODECS gasification and pyrolysis technology.

The production of green hydrogen would be significantly cheaper than that of fossil fuels. The waste-to-hydrogen plant will be adjacent to the refueling station, to avoid expensive transport of hydrogen. The station will be equipped to provide enough fuel cell-grade hydrogen for several large trucks and buses daily.

Chinook’s patented RODECS technology is responsible for the cost-effectiveness and delivery of green hydrogen. The plant’s operational concept allows it to operate profitably as the demand for hydrogen continues to grow, and this will be achieved by relying entirely on the production of the plant’s secondary activated carbon revenue stream. in the first months of its operation. The high quality activated carbon produced will be used for environmental purposes as a high quality filtration media to clean water resources and the air, filtering out harmful pollutants including pathogens and viruses.

“Beeah has always recognized the value of recovering energy from waste, and this new project will not only showcase the potential of turning waste into hydrogen, but it will also support a circular economy on multiple fronts across the region,” said Khaled Al Huraimel, CEO of Beaah Group.

In addition to the new hydrogen facility, in the coming months Beeah and Masdar, Abu Dhabi’s state-owned renewable energy company, are also expected to start up a waste-to-energy plant that will generate 30 megawatts of electricity from rubbish at a landfill in Sharjah. .