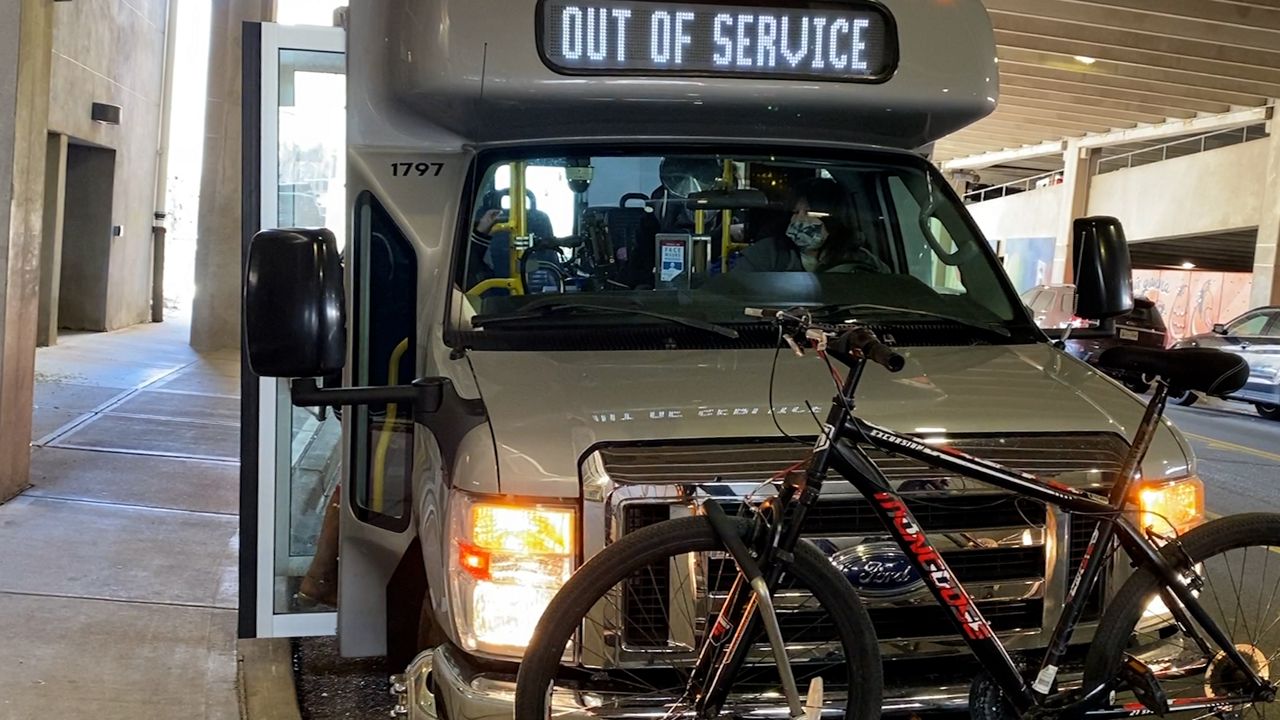 HAMILTON, Ohio — At their offices in Hamilton, Butler County Regional Transit Authority executive staff passed on Tuesday eagerly past much-needed candidates at their first job fair of the year.

Hoping to hire dozens of drivers on site, Matt Dutkevicz, the executive director, said he had no idea what kind of turnout to expect, but he knew whatever they could accomplish that morning wouldn’t do. Probably only scratching the surface of BCRTA’s needs.

What do you want to know

Like companies nationwide and in Ohio, the BCRTA needs drivers.

The regional transit system carries hundreds of thousands of passengers throughout Butler County each year, connecting its three major cities and the Cincinnati Metro bus system to the south, while also providing ride-sharing and paratransit services.

At its best, Dutkevicz said the BCRTA provides an affordable way for everyone in the area to get where they need to go. But he said the BCRTA can only function at its best if it has enough staff.

“Our typical demographic (for drivers) in the past has been a lot of people who have retired and want to give back and don’t really need to work,” he said.

Unfortunately, that also tends to be a higher risk demographic for COVID-19, so over the past two years, Dutkevicz said he’s seen more drivers retire than ever before.

“We tried to bring people in, but we can’t keep up with people leaving,” he said.

Compete amid a statewide shortage

Dutkevicz acknowledges that this is not a unique problem.

A study by the Ohio Association for Pupil Transportation found that in the first half of the 2021-2022 school year, 90% of school districts were affected by a driver shortage.

Meanwhile, cities from Cincinnati to Akron have consolidated or cut routes to make up for staffing shortages.

As a smaller system, however, Dutkevicz said the BCRTA is feeling the crisis particularly hard.

Losing more than 50 employees is difficult for any company, but at BCRTA he said it had brought the workforce to 53% of where it should be.

These big cities have another thing that BCRTA doesn’t – deeper pockets.

Cincinnati offers new drivers a starting salary of $18 an hour with the opportunity to earn $27 an hour within five years. Dayton offers $16.55 per hour, and operators can earn upwards of $27 per hour in their seventh year.

BCRTA is hoping to get the funding to raise its starting salary to $15 an hour. So Dutkevicz said he can understand why drivers might be tempted to leave the county for bigger pay.

“We have a fairly large metropolitan area to the south of us and a slightly smaller one to the north of us, so that’s one of our other issues. In the past, we tend to be a training ground where people look to other opportunities,” he said.

As drivers struggle to maintain service, Dutkevicz said they’re burning more and more overtime and something had to give.

“What we don’t want is people really expecting a high level of service and not receiving it,” he said.

That’s why Dutkevicz said the BCRTA is once again considering temporarily suspending two of its routes: the R2 connecting Middletown and Oxford, which has seen an 85% drop in ridership, and the R4, which is following a similar route to R6 taking passengers between Hamilton, Fairfield and Springdale.

“Reassigning resources and temporarily suspending some things will allow us to redeploy resources so that people receive the high level of service that they expect,” Dutkevicz said.

The BCRTA last considered these suspensions in the fall, but its board decided to keep the routes going after receiving dozens of comments arguing for the routes to continue operating.

This time, Dutkevicz is less optimistic.

The BCRTA held a public meeting on Tuesday to discuss the changes.

The board will vote on any suspensions at the end of January.

Despite the tough road ahead for the BCRTA, Dutkevicz said he was grateful for attendance at Tuesday’s job fair.

Several qualified candidates walked through the door, passed their orientation and left with a letter of offer in hand, including Ross Eversole.

He said he had worked as a driver for school districts before and was looking forward to driving again to give back.

“Serving the community is what I’m looking for,” he says. “And serving my passengers and operating safely, getting to know some of the more frequent passengers and creating that bond.”

It will take another four weeks of training before the new recruits can hit the road, but Dutkevicz hopes the bus service will soon see some relief.

He said the BCRTA will likely hold more hiring events in the coming months.

“We will be really happy with whatever we can do,” he said.

A new era begins with the electric bus project in Samsun