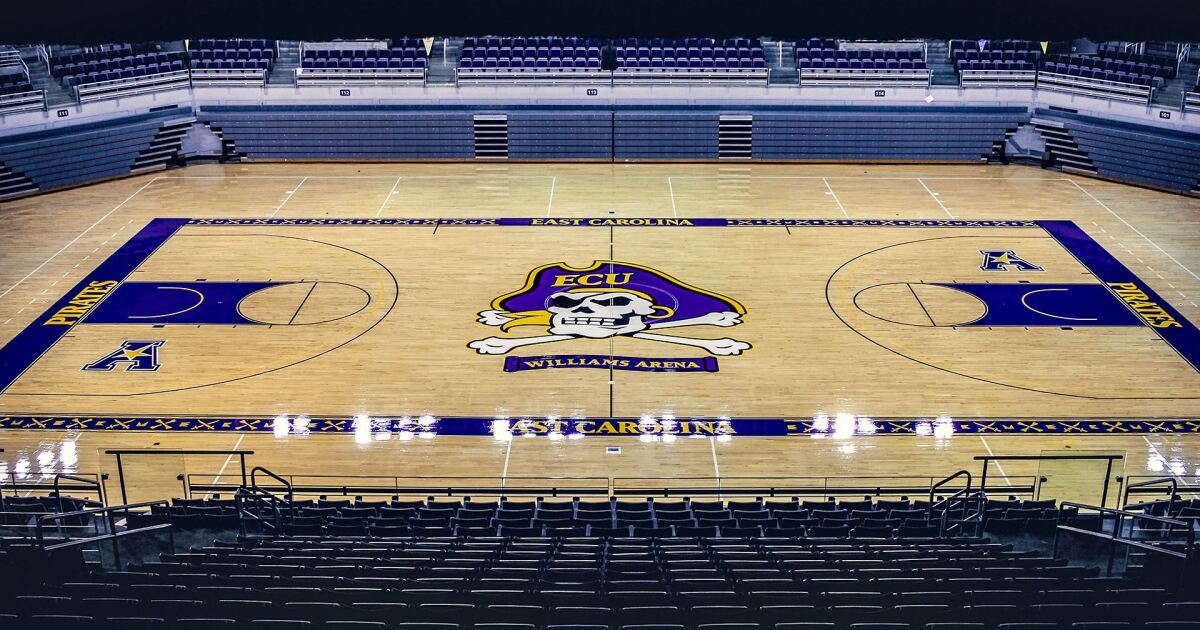 The East Carolina Pirates have a new head of their men’s basketball program.

ECU announced on Wednesday the hiring of Michael Schwartz as the men’s basketball head coach.

Schwartz, 45, is currently an assistant at the University of Tennessee in Knoxville – which is the third seed in this year’s NCAA tournament. Schwartz spent seven seasons with the Vols, including four as associate head coach. And for five seasons, he was Tennessee’s defensive coordinator. During this period, the Vols are 118-45.

Tennessee has the third-best defense in the nation this season, according to KenPom.com’s defensive effectiveness metrics.

Schwartz will remain with Tennessee through the NCAA Tournament. Last week, the Vols won the Southeastern Conference Tournament for the first time in 43 years.

Mike is the complete package and one of the sharpest basketball minds I have known.

“Mike is highly regarded in the basketball industry, and we are fortunate to have him on board to lead our program,” ECU Sporting Director Jon Gilbert said in a statement. “When we changed direction, we wanted to act quickly but efficiently. The goal was to find the right person and the right partnership, and Mike has all the intangibles we were looking for as a head coach and it became clear he was the right person to lead our program.

Schwartz replaces Joe Dooley, who was fired last week after going 44-67 in four seasons. It was Dooley’s second stint at Greenville, as he previously coached the Pirates from 1995 to 1999.

ECU hasn’t had a winning season in men’s basketball since 2013 and hasn’t entered the NCAA Tournament since 1993.

Schwartz got his start in basketball coaching in 1999 as a graduate assistant in Texas under then-head coach Rick Barnes. Schwartz then made stops at Long Beach State, UTSA, Miami, Fresno State and Tulsa before reuniting with Barnes in Tennessee in 2016.

During his time as an assistant coach, Schwartz was on staff for 10 teams to compete in the NCAA Tournament.

“Mike is the complete package and one of the sharpest basketball minds I know,” Barnes said in a statement. “He’s been willing to lead his own program for several years now. He’s had multiple opportunities, but he’s been very deliberate in waiting for the ‘right’ opportunity. Jon Gilbert’s vision and leadership aligns perfectly with that of Mike, and I have no doubt they’re going to build a championship culture in a short period of time in East Carolina. Mike is going to build an incredible staff, and they’ll be relentless in recruiting and developing exceptional players who are young men of high character.

Barnes is from Hickory, North Carolina and graduated from Lenoir-Rhyne University.

Schwartz said Wednesday, “Coach Barnes – I owe him everything. He’s a friend, a mentor, a leader and a father figure to me… Coach Barnes, you know, he’s a North Carolina. He often told me about the great history of East Carolina.

The Pirates finished that season with a 15-15 record and a 6-11 record in the American Athletic Conference.

Toyota Mirai is part of a pilot study by the Indian government: project inaugurated by Nitin Gadkari

PlanSource is experiencing exponential growth in the partner market