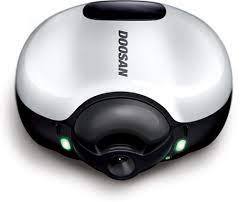 Doosan Group announced on Sunday that it will develop a hydrogen power pack for commercial vehicles, marking its entry into the hydrogen bus and truck markets.

â€œWe are going to develop a hydrogen power unit for land vehicles. We are also looking at a total charging solution at bus depots that can charge both hydrogen and electric buses, â€an executive from Doosan Fuel Cell, a hydrogen division of Doosan, told Korea Herald, while declining. to be named.

A hydrogen power pack is one type of generator. It is the equivalent of a vehicle engine with an internal combustion engine. Inside a hydrogen power pack, fuel cells are installed to generate electricity and power an electric motor.

Doosan previously made hydrogen power packs only for drones and this is the first time it has developed one for cars.

Doosan’s hydrogen power pack has a competitive advantage in the drone market because it is lighter in weight and has a shorter charge time than batteries. The marketed product has created synergies with its sister company Doosan Mobility Innovation, which manufactures drones.

According to the manager, Doosan’s ambition is not limited to manufacturing components for hydrogen vehicles.

The ultimate goal is to create a whole ecosystem. The industrial equipment conglomerate plans to install its Tri-gen hydrogen fuel cell system in bus depots and use it as a charger for electric and hydrogen buses.

The Doosan Tri-gen, which looks like a giant container, can produce both hydrogen, electricity and heat with natural gas. It can produce up to 220 kilograms of hydrogen per day and generate between 350 and 450 kilowatts of electricity, which is powerful enough to quickly charge the Hyundai Ioniq5 in 10 to 12 minutes. As Tri-gen does not require additional network infrastructure, it is considered one of the cheapest charging solutions for the early stages of the hydrogen economy.

As Doosan forays into the hydrogen bus and truck markets, competition with Hyundai Motor seems inevitable.

To take initiatives in the hydrogen truck market, Hyundai Motor has already partnered with large logistics companies. In September, Hyundai Glovis and CJ Logistics agreed with Hyundai Motor to purchase two units of the automaker’s Xcient hydrogen truck and field test them. Starting this month, Coupang will also operate an Xcient and test its feasibility.

Fierce competition is also expected in the domestic hydrogen bus market. In July, Hyundai Motor began mass production of a hydrogen bus with a range of 450 kilometers. Also, the automaker is preparing to mass-produce an express bus model, called Universe.

But industry watchers say Doosan stands a chance, as Hyundai Motor’s presence in the hydrogen commercial vehicle market is relatively small compared to its dominant position in the passenger vehicle market.

â€œHyundai Motor is struggling to take control of the domestic electric bus market because the company has yet to achieve economies of scale compared to Chinese electric buses. Of course, Doosan is unlikely to manufacture hydrogen buses or trucks directly, but it can form a consortium with partners and provide its hydrogen power packs for vehicles, â€said Kim Pil-soo, professor. automotive engineering at Daelim University.

According to Kim, Hyundai Motor may struggle to achieve the price competitiveness of its hydrogen buses and trucks, as may its position in the electric bus market. This could open a window for Doosan to find outside partners and supply its hydrogen power packs, just as foreign automakers and Korean battery makers form strategic partnerships.

A domestically-made hydrogen bus costs around 400 million won, which is 100 million won more than a Chinese-made model. In Seoul’s case, out of 352 electric buses the city plans to buy this year, 117 of them are Chinese brands.