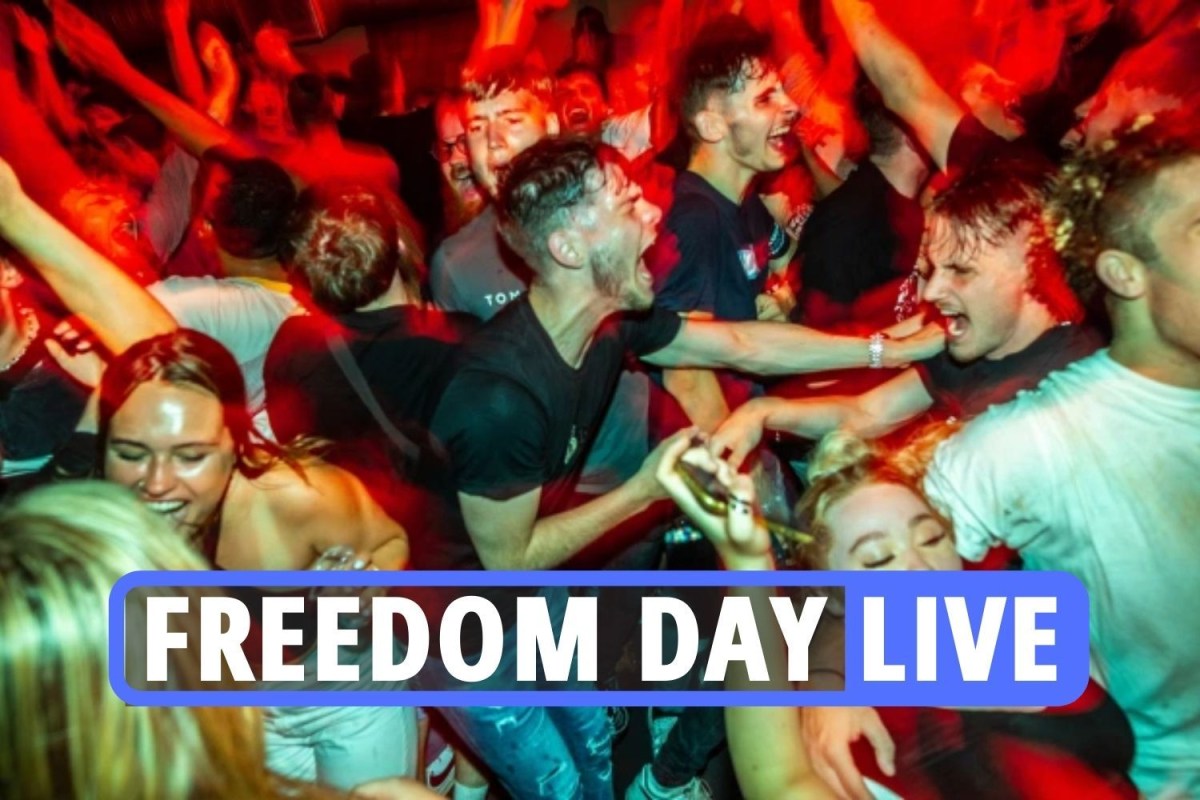 
BORIS Johnson has been ordered to fix the “pingemia” that forces more than a million people to self-isolate on so-called Freedom Day.

There are demands that Test and Trace isolation be immediately dropped for the double blow as companies face crippling staff shortages caused by pinging close contacts of those with Covid.

Tens of thousands are removing the NHS app which reports close contacts of any positive cases after a spike in cases has meant large numbers, especially in cities, have been forced to self-isolate at home despite the absence of symptoms.

Pingdemic chaos threatens to dominate so-called Freedom Day, which started early as huge lineups of Britons entered clubs at midnight to dance, drink and party without masks or social distancing.

Meanwhile, it was revealed today that millions of Brits are terrified of the inevitable spike in cases after Freedom Day, with 60% of people polled by YouGov saying they are ‘uncomfortable’ with it , Mirror reports.

73% of nightclubbers said they weren’t ready to go home, 30% were too worried to use buses and trains, 59% won’t go to big indoor events like concerts, 41% won’t go not at large outdoor sporting events, 35% are uncomfortable going to weddings and 43% will not go to the movies.

Future 50: How Coaching Can Help Principals