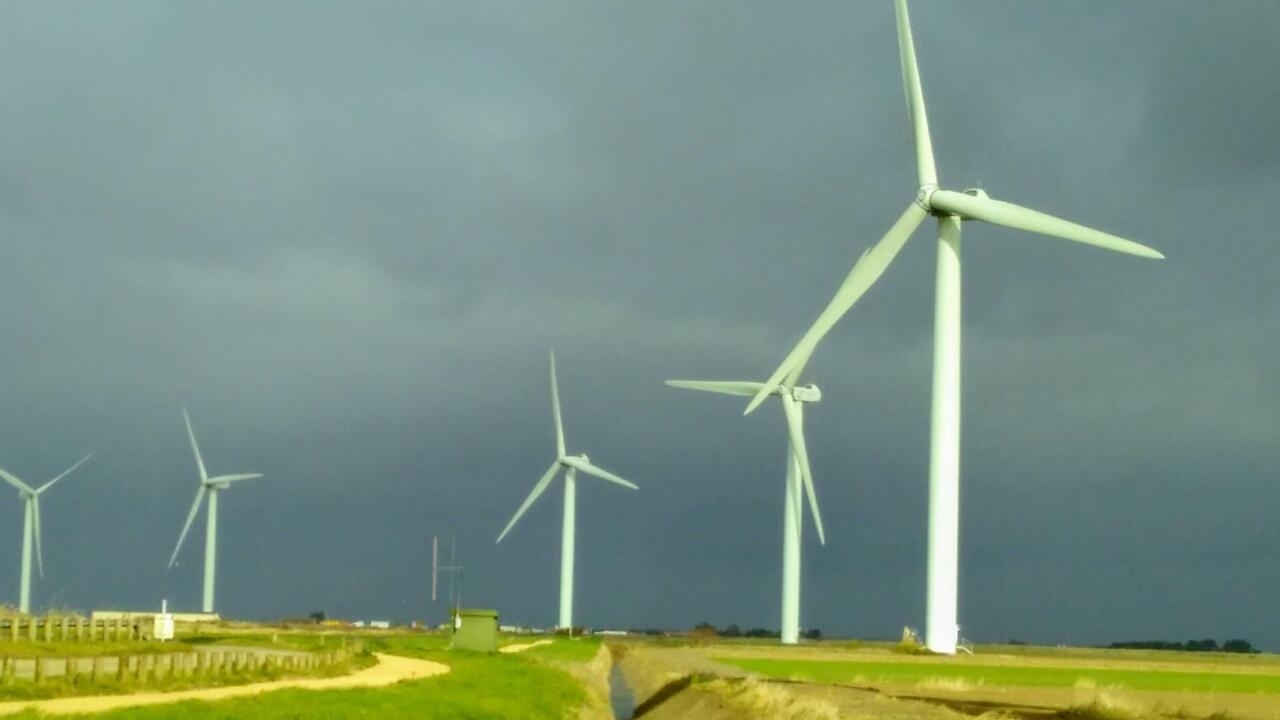 Green hydrogen almost sounds too good to be true: a fuel made from water, which can be stored and transported, and produces no carbon emissions. France is betting on it, and a Breton startup has started producing it. But is it going to hang on?

â€œIn 2017, when we created the company, we weren’t even pioneers, we were visionaries. No one had that idea, and no one was aware of the need for green hydrogen, â€he said recently, standing in the main building of his company, Lhyfe, in the small Breton fishing village. de Bouin, on the west coast of France, which has produced 300 kilograms of green hydrogen per day since September.

This story is part of the Spotlight on France podcast. Listen now:

Hydrogen is used in the manufacture of steel and fertilizers, and it is increasingly considered for transportation to fuel cars and trucks without emitting greenhouse gases.

Today, most of the hydrogen is extracted from fossil fuels. Green hydrogen is made by electrolysis with renewable electricity that passes through water to separate oxygen and hydrogen molecules.

This is done using electrolysers. The Lhyfe are behind a thick concrete wall, connected by a series of colored tubes carrying water inside and oxygen and hydrogen outside.

“An electrolyser is a large tube in which demineralized water and electricity are placed,” explains Antoine Hamon, operations director of Lhyfe. “At the end of this you have two pipes, one with hydrogen and the other with oxygen.”

It’s a simple process that, in this case, uses seawater and electricity produced by four wind turbines two kilometers apart.

No wind, no hydrogen

â€œThis site is really synchronized with the production of wind turbines,â€ says Hamon. â€œIf there is no wind, there is no hydrogen.

This is the difference between this facility and other green hydrogen plants, which have turbines or other sources of renewable electricity supplying the general electricity grid, which they draw when they want to produce hydrogen.

On a platform above the production floor, several computer screens show water levels and the amount of electricity coming from the turbines.

Lhyfe currently produces 300 kilograms of hydrogen per day on three cubic meters of seawater. At full capacity, the goal is to triple production to reach one tonne.

A hydrogen-powered car traveling 100 kilometers uses one kilogram of hydrogen. A long-haul truck would consume 20 to 30 kilograms per day.

The hydrogen gas which leaves Lhyfe’s electrolysers is compressed in long metal gas cylinders and transported to users in the region.

â€œThe main advantage of hydrogen is that it is a gas, so you can transport and store it,â€ says GuesnÃ©, CEO of Lhyfe. â€œGas is convenient, which is why our companies run on diesel and gas. You can store it in a pipe, on a truck, in a boat. It can wait an hour, a day or a week.

Electricity cannot be stored easily. Batteries are inefficient and use components that are difficult or dangerous to acquire.

And for large vehicles traveling long distances, like trucks or trains, the batteries would be too big and heavy to be practical.

The city of Nantes, an hour away from Bouin, which likes to see itself as a technological innovator, has established itself as a hub for green hydrogen.

Its public transport authority, Semitan, has been experimenting with hydrogen vehicles for several years.

â€œFor Nantes, it is important to promote renewable energies, it is a political ambition. And also as an engineer, I am interested in this technique, to know what is good and what is not â€, specifies the technical director StÃ©phane Bis.

Semitan has two hydrogen utility vehicles – Renault Kangoo electric vans that use hydrogen to extend the range of their batteries, from 100 to 300 kilometers.

Hydrogen cars have fuel cells that transform the hydrogen, stored in their tanks, into electricity to power an electric motor. The outlet is water and oxygen – a small tube on the side of the vehicle discharges the water and the oxygen is released into the atmosphere.

Semitan uses its hydrogen cars like its dozens of other utility vehicles, but as a kind of proof of concept that hydrogen can work.

They refuel the cars at a hydrogen gas station they have set up in a bus depot northwest of the city center. It is a collection of tall gas cylinders that are powered by a machine that pressurizes hydrogen in the car. Sound is like a balloon filling up.

Semitan is looking at hydrogen for public transport. Unlike the city of Le Mans, which has been experimenting with a hydrogen bus since last year, Nantes has decided to focus on river transport.

In 2019, the city set up a hydrogen ferry to ferry commuters north of the city across the Erdre.

The ferry needed regular maintenance and is currently docked for a full overhaul.

â€œI wouldn’t say hydrogen is the energy of the future, but it is part of the future,â€ he says of the prospects for expanding the use of hydrogen.

â€œI think the future will include hydrogen, that’s for sure, especially for heavy-duty trucks. For big transits, I think hydrogen is a very interesting subject.

Hydrogen in the future

Admittedly, GuesnÃ©, from Lhyfe, is much more expansive in his predictions for hydrogen, driven by the urgent need to decarbonize France and Europe from energy to limit the effects of greenhouse gas emissions on the weather.

â€œWe have to fight climate change. We need to reduce CO2 emissions by 55%, and when you do the math and look at the solutions we have today, you realize you can’t do it without hydrogen, â€he says.

â€œWe want to avoid the refinery model, where you only have three refineries in a country like France that can supply the whole country with oil,â€ he says.

â€œThere is always local energy. In some areas there are solar panels. There is a lot of wind here so we rely on wind turbines. But it can be energy from waste, biomass, hydroelectricity.

While GuesnÃ© anticipates 25 to 30% of French fuel consumption will be hydrogen by 2030, others estimate that it will rather be 6 to 10%.

But whatever the quantity, hydrogen is part of the future.

â€œThere will never be enough resources to have batteries for everyone. There is not enough biomass to produce biogas for all heating needs, â€he says. â€œToday, we have smart grids, we have batteries, we have renewable energies. But there was a problem with trucks and buses. Hydrogen was the missing piece of the puzzle.

Listen to a version of this story in the â€œSpotlight on Franceâ€ podcast, episode 64.

Christmas for Seniors and Veterans in Need