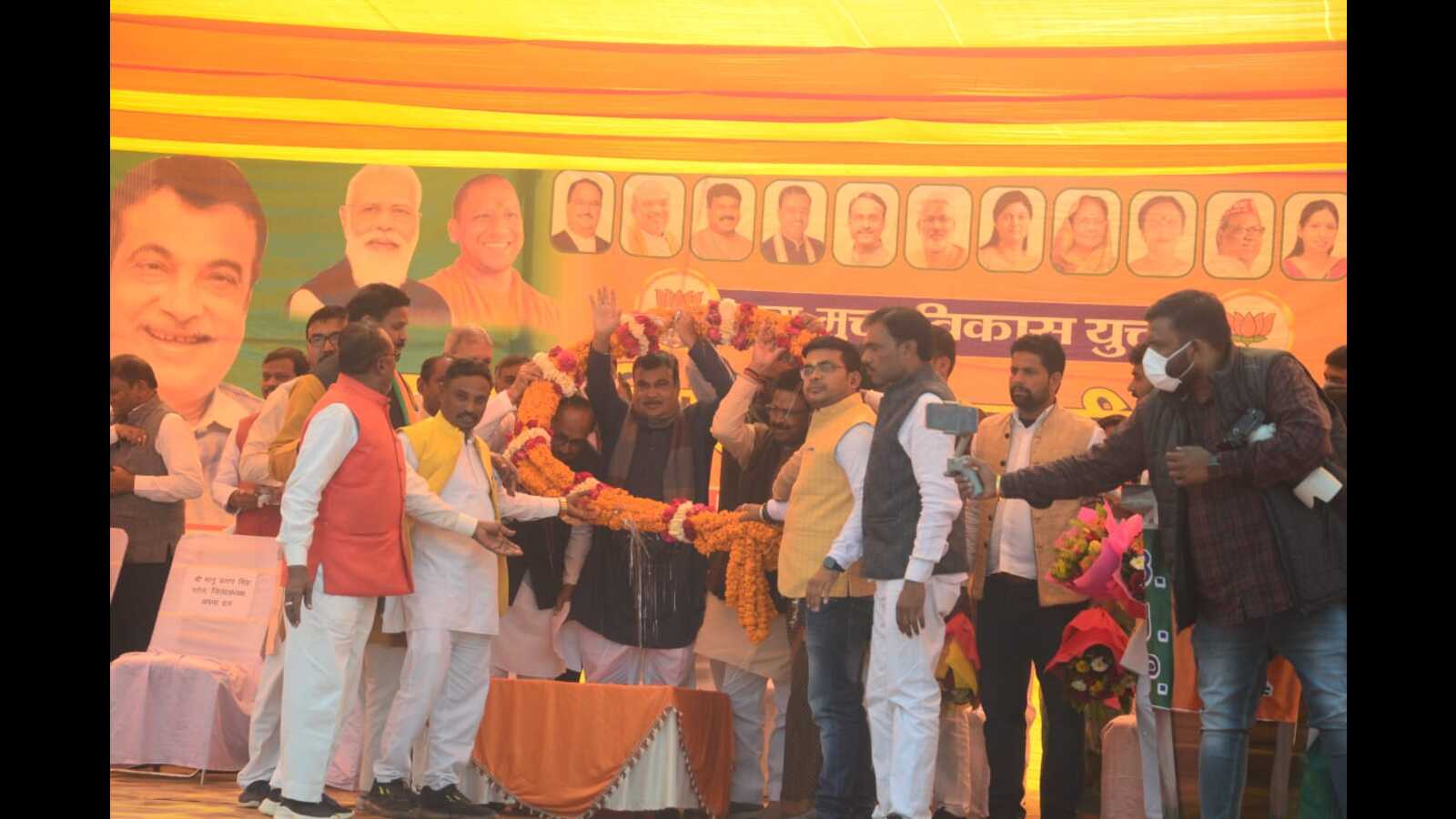 PRIYAGRAJ: Top BJP leader and Union Minister for Road Transport and Highways, Navigation and Water Resources Nitin Gadkari said on Tuesday that “flying buses” would soon start operating in Prayagraj for the benefit of population. Perhaps referring to the launch of an aerial bus-style pod service as an urban mobility solution for rapid transit, the Minister said that a detailed project report in this regard was being prepared and that it UP Deputy Chief Minister Keshav Prasad Maurya had also informed.

Addressing a public meeting near Jhalwa crossing in Allahabad West constituency, from where BJP’s Siddharth Nath Singh is seeking re-election, he said he also had a dream of starting a seaplane service to Prayagraj which would even allow him to fly from Delhi and arrive at Prayagraj by disembarking in the waters of Sangam. “It will also become a reality soon,” he said.

The Union Minister said that hydrogen fuel will now also be used in running vehicles. He said sugar cane was plentiful in the state. With the help of this, ethanol would be made to be used as fuel for vehicles. The cost of automobile fuel would boil down to ₹68 from ₹100 for a liter of gasoline due to the use of ethanol.

Nitin Gadkari said he was a minister who always kept what he promised and his new promises would be no different.

Gadkari urged people to ensure that the BJP once again forms the state government and maintains the pace of development. He said full development was possible with the dual-powered government i.e. BJP ruling both in the state and at the centre. “The BJP government is needed to change the future of Uttar Pradesh. Previously, there were ‘gundaraj’ in Uttar Pradesh and the property of the poor was forcibly confiscated by criminals. The BJP government under the leadership of Yogi Adityanath overthrew the goons and mafia and established law and order,” he said.

Gadkari said the government has done a lot of work in Prayagraj which has helped transform the whole city. “Before, Ganga and Yamuna were polluted. When the BJP government came to power, the Namami Gange Ministry was formed and this saw 80 projects worth ₹11,300 crore is approved in Prayagraj to make Ganga “Aviral-Nirmal”. Of the 80, 11 projects have now been completed, helping to make the Ganges river cleaner and leading to a grand Kumbh of 2019 which attracted millions of devotees from all over the world. He said that by 2024 the roads here would be comparable to those in the United States.

Later, Gadkari also inaugurated a media center set up by the BJP at Civil Lines.