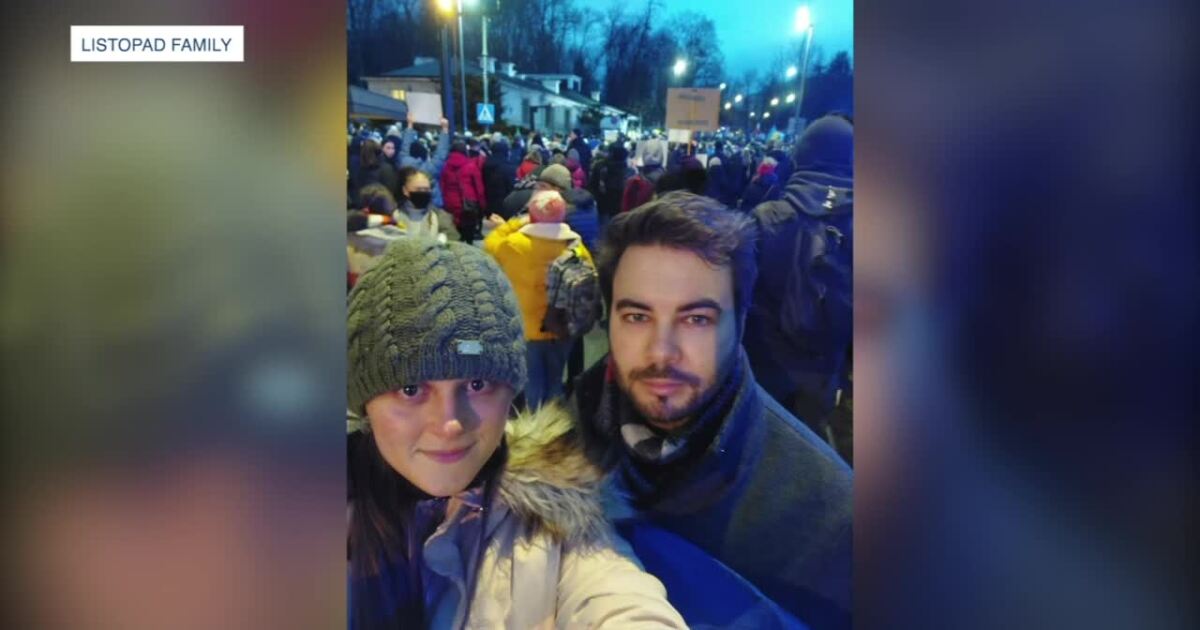 GRAFTON, Wis. – As tensions between Ukraine and Russia continue, millions of Ukrainians are now left homeless.

According to the United Nations, around 3 million people have fled Ukraine since the Russian invasion on February 24.

The majority of Ukrainians fled to neighboring Poland.

“Right now, about one in five people in Warsaw, Poland is a refugee,” Greg Listopad said. “It’s getting tight. The city is full.”

Greg and Shannon Listopad live in Warsaw, Poland, and joined TMJ4’s Ubah Ali on Zoom from their two-bedroom apartment.

Both Grafton High School graduates say the past two weeks have been a whirlwind.

“It’s been a busy few weeks. To put it mildly,” they both laughed.

Shannon left Wisconsin and traveled to Poland and landed a job with Reuters as a marker researcher.

Greg was born in Dnipro, Ukraine. His family eventually immigrated to America, specifically Wisconsin, 23 years ago for a chance at a better life.

Today, Greg brings that sense of belonging and peace to the millions of Ukrainians who live in Poland, including his cousin and her two children.

“We work with local NGOs (non-governmental organizations) to help them translate,” Greg said.

Greg said his cousin Oksana contacted him when Russia started bombing Ukraine in search of a safe place.

When we asked him how she was after her long trip to Poland, he replied that she was doing her best to acclimatise.

He said she smiled at her boys, so they wouldn’t start freaking out. But, she is worried about her husband who had to stay to fight.

Through it all, what shocks Greg and Shannon the most is the friendliness of the Polish people.

“All city buses display Ukrainian flags and they are also free for Ukrainians,” Shannon said.

Beyond that, they say the stations have been turned into a reception center or triage space for those arriving in Poland.

While Ukrainians have found a safe place to call home, Greg said they only want one thing

“Just so we can get home pretty quickly,” Greg said.

“I mean, that’s really what they want,” Shannon added.

Their greatest hope is to bring Ukraine home.

Greg and Shannon urge everyone in Wisconsin or around the world to donate what they can.

Report a typo or error // Submit a news tip