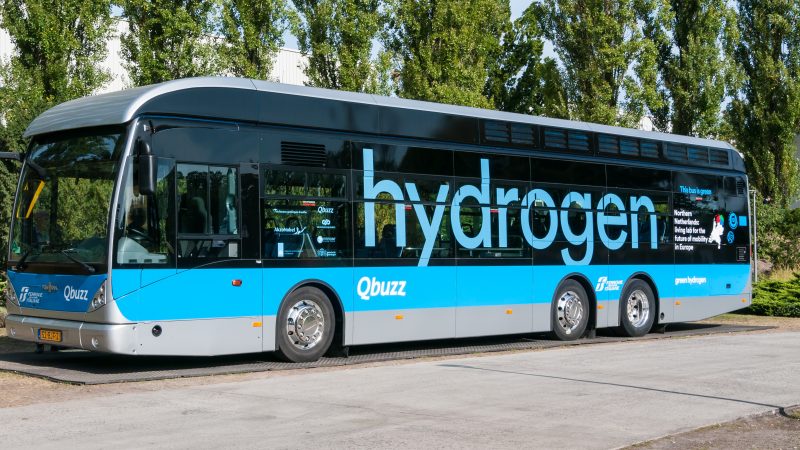 Is Hydrogen New Zealand the next big thing?

This is a guest post by David K. David has worked in the oil industry for many years in the Middle East, Europe, Asia and New Zealand.

Will hydrogen technology be a useful part of New Zealand’s climate response? Is it a potential export product?

The government wanted to “ensure that New Zealand is well positioned to produce green hydrogen at scale and exploit this economic opportunity,” said Ardern, who also focused on reducing long-term dependency. country’s term to fossil fuels as a way to “control and protect”. our economic future”.

Ardern said its versatility, low weight and wide range of uses could make it a particularly valuable and sought-after export product that New Zealand was “uniquely placed” to produce.

While hydrogen may well turn out to play a niche role internationally in long-haul heavy transport, in my view it will not be a major contributor. I also don’t believe it could be an export opportunity for New Zealand.

a bit of science

On Earth, hydrogen exists in enormous quantities but always in combination with other elements. One of the most common is water – an oxygen atom bonded to two hydrogen atoms – which forms our oceans, clouds, rain, snow, ice and rivers. It is an extremely stable molecule, which is why any hydrogen gas produced by nature (or used in a vehicle) immediately combines with oxygen to form water. Reversing this reaction by splitting the water using electricity is possible, but it requires an enormous amount of electricity.

The proposal to use green electricity to split water in New Zealand should meet the following three requirements:

The huge amount of electricity needed to split water into hydrogen and oxygen means that fueling a car with hydrogen is about one-third as efficient as using direct electricity in an electric car. . The hydrogen route is also much more expensive.

Hydrogen can be burned directly as fuel or used in a fuel cell to generate electricity to run a conventional engine.

The direct use of hydrogen poses safety problems and requires high pressure storage and highly technical connections. For this reason, most hydrogen vehicle research and development has focused on hydrogen for fuel cells. Most car manufacturers have now abandoned this route because it is around five to six times more expensive over the life cycle than electric batteries. A quick internet search will show a few examples of public advice from early adopters of hydrogen buses going electric after incurring prohibitive costs. The laws of physics are unlikely to change, so this barrier will remain.

While New Zealand’s electricity generation capacity is currently around 86% renewable, the rest is produced by hydrocarbons. However, the future demand for electric power will be immense. Electric vehicles, data centers and natural growth will require huge investments in renewable energy generation. Even if Tiwai Point closes, New Zealand will need significantly more green power to meet these future demands in a climate-friendly future. With one exception (Lake Onslow NZ Battery), large hydro projects are not possible and nuclear is not suitable for New Zealand. The options are therefore geothermal, wind and solar, with a supplement of biofuel, as well as a more efficient use of the electricity produced. This has been well defined by the Climate Commission and many others.

The main point here is with the inevitable demands on the green fraction of energy in our known future, the energy for any additional large consumers such as green hydrogen electrolysis does not exist now, must be built separately and must justify its place on climate change and/or economic reasons. Major electricity producers and Transpower have investment proposals, but even if Tiwai Point closes, the available green electricity will be entirely needed elsewhere.

Exporting hydrogen: why is there so much hype about hydrogen lately?

Currently, hydrogen is almost exclusively produced by the petroleum and petrochemical industry for their internal use. They use a cheaper, but still very expensive process, which splits methane into hydrogen and CO2.

This is obviously not compatible with climate change ambitions. Why would major industries want to pivot this way, given that hydrogen cannot compete with electricity for efficiency reasons, for most vehicles?

Part of the answer is that hydrogen can play a role in decarbonizing the steel, cement and fertilizer industries. Also, due to the weight of the batteries required, electricity has not been a solution for long-distance air travel or long-distance heavy trucks. Hydrogen fuel cells are lighter and are a potential solution to the heavy transport problem.

Therefore, the oil/petrochemical industries are trying to set up hydrogen hubs in places like Europe to convert heavy transport and help decarbonize steel and cement production. There would be great environmental benefits if they were successful.

However, all oil/petrochemical companies currently manufacture their own hydrogen as close as possible to the place where it is consumed, normally within a few meters. Why?

Hydrogen is the smallest molecule found in nature, which gives it unique properties. It is a gas of very low density which must therefore be stored at high pressures; think of scuba tanks, not gas tanks. It can easily dig through steel and other containers, so they need to be thick. And therefore heavy. If it escapes, it ignites easily and burns with a colorless flame. All of this makes hydrogen very expensive and dangerous to move, and cheaper not to transport. Although the handling and storage challenges may be overcome, the dangers mean it is unlikely ever to be suitable for the general public for direct use.

For all these reasons of handling and economy, hydrogen trading does not currently exist.

This point bears repeating: today there is no system for hydrogen trading, long-distance transport or export. The oil companies and others have the resources and the motive and are moving as fast as they can to create one, but it will certainly take years and huge sums of money to do so. Even then, it will probably only be viable in the next decade in the dense industrial areas of Europe, North America and China. Hydrogen will be manufactured where the cheapest excess green energy (including nuclear) is available, or it will be manufactured close to the consumer where the transport efficiency penalty is lowest.

Going from that to a fully international trading infrastructure will take more years and a lot of bullion.

And once it’s finally in place, who will our customers be? Australia could more easily produce green hydrogen using vast solar resources. All the major consumers of transport, steel and cement are in the northern hemisphere and transport costs would be prohibitive.

It should also be noted that the transport part of the hydrogen vision may be overtaken at any time by a revolutionary development in low-weight battery technology. Already, an electric bus was driven from Auckland to Wellington with a single charge of 2.5 hours halfway.

Since hydrogen burns in water, what’s not to like? Well, a lot. But it looks like consultants can make a lot of money pushing this new sensation.

The sensible strategy for New Zealand is to focus our limited resources on what really makes a difference.

If our problem is climate change, green electricity should be used to directly power electric vehicles (while also reducing the demand for vehicle travel).

If our problem is to want to develop a new profitable export industry, then based on these arguments, green hydrogen is not. For those old enough to remember Muldoon’s Think Big, this once again feels like deja vu…