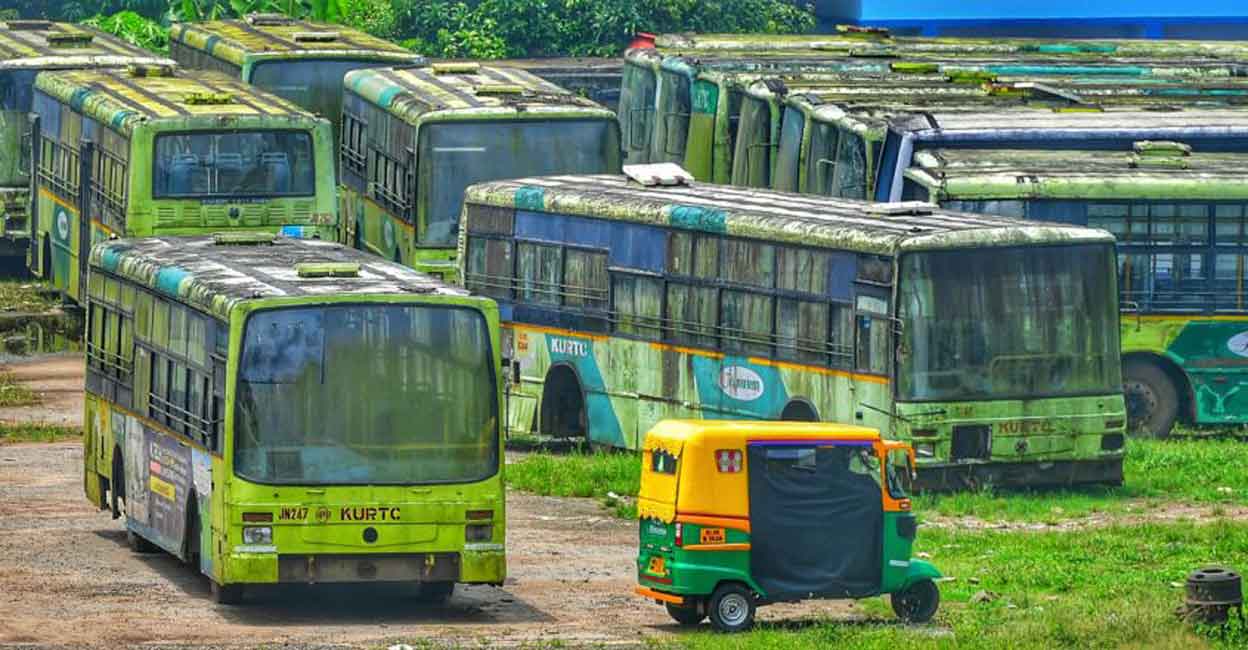 Kochi: Even as the much-vaunted KSRTC-SWIFT was launched with the slogan “A New Era in Public Transport“, several low-floor buses belonging to the Kerala Urban Road Transport Corporation (KURTC) picked up rust in its court in Thevara here.

KSRTC-SWIFT is a legally independent company established to operate a long distance and bypass service. Launching the service in Thiruvananthapuram on Monday April 11, Chief Pinarayi Vijayan called it the debt-ridden KSRTC’s first step towards a brighter future. He also asked for everyone’s support for the initiative.

The first passengers have already asked the company to provide pillows and sheets, in addition to installing toilets on the buses.

Even as the company spent millions of rupees to launch the SWIFT service, the KURTC buses, launched to equal fanfare in April 2015, remained utterly neglected at its headquarters in Thevara, Kochi.

The rusty buses include 50 vehicles made available under the Jawaharlal Nehru National Urban Renewal Mission (JNNURM). Some of the buses offered services until recently.


KSRTC cited lack of funds and shortage of spare parts for the sad state of the buses. The bus maintenance company, meanwhile, has expressed willingness to undertake the repair work if KSRTC can pay for it in installments of Rs 20 lakh each.

The electric buses, which the KSRTC had leased, also suffered losses.

Incidentally, JNNURM buses, including air-conditioned ones, were assigned to KSRTC and Karnataka State Road Transport Corporation at the same time. Karnataka is still operating the buses – a picture that contrasts with that of Thevara Yard where KURTC buses worth millions have lain neglected and exposed to the elements.