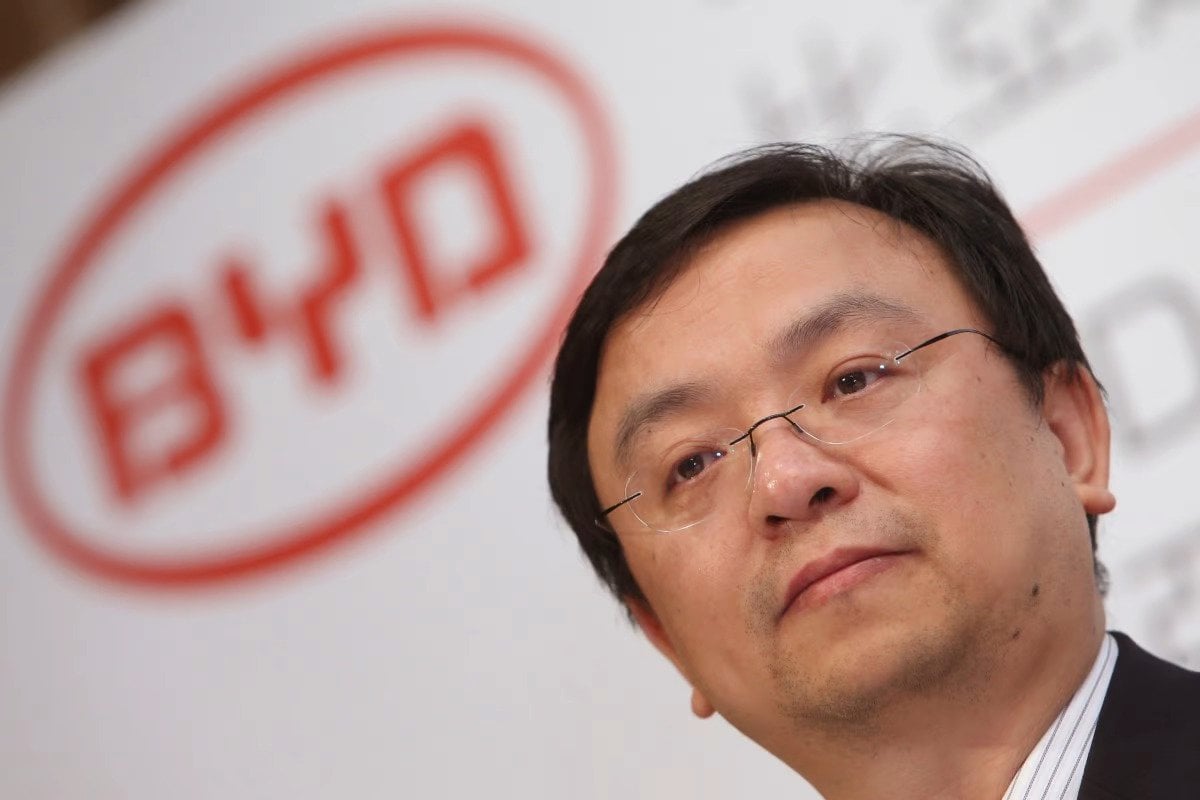 Move over Elon Musk, meet Wang Chuanfu, the Chinese billionaire whose company sells more electric cars than Tesla. While Musk clearly views his cars as bad products, his company is backed by Warren Buffet and sells 150 cars an hour.

About 20 years ago, Chinese billionaire Wang Chuanfu planned to buy a struggling automaker and replace its internal combustion engines with batteries to start his own electric vehicle business.

Today, his company BYD has overtaken Tesla as the most popular battery-powered car maker on the market, according to the Financial Times. In July, Forbes even reported that shares of BYD jumped 90% despite ongoing Covid-19 cases in the country as it raked in another $7 billion. His personal wealth is valued at over US$25 billion, making him currently the 22nd richest person in China, per FT.

The billionaire chemist and entrepreneur is known for his innovative ideas, and with his company at the forefront of electric vehicle market dominance, it looks like Wang isn’t going anywhere anytime soon.

Here’s what you need to know about him…

Wang Chuanfu has gained support from Warren Buffett, but are his shares for sale?
His company BYD – short for “build your dreams” – is backed by US billionaire Warren Buffett. In 2003, BYD went from being the world’s largest manufacturer of rechargeable cell phone batteries to a leader in the automotive industry.

But BYD has received little brand recognition outside of China, despite the company selling more than 641,000 vehicles in the first half of 2022, according to Forbes. Meanwhile, CNBC reported that it sold around 130,000 last year. BYD’s success stems primarily from its ability to build longer-lasting batteries and cheaper vehicles than American and Japanese manufacturers, according to Fortune.

In 2008, Buffett bought 10% of BYD for $232 million on the advice of its chairman. In July, it enjoyed a 33-fold gain after 13 years of investing, according to Nikkei. However, rumor has it that the US billionaire’s stake is now for sale and has affected BYD’s share price.

“This guy is a combination of Thomas Edison and Jack Welch — something like Edison about solving technical problems, and something like Welch about doing what he has to do,” Munger said of Wang, to Fortune. “I’ve never seen anything like it.”

His net worth of $25 billion
While his fortune stood at $27 billion in July, Wang’s net worth has shrunk slightly at the time of writing to $25 billion, according to real-time data from Forbes. Still, Wang’s giant net worth cannot be ignored.

Wang topped Forbes China’s rich list in 2009 after his business received a boost from Buffett, the China Daily reported. At the time, Wang earned $5.1 billion and was ranked first on the annual Chinese rich list compiled by Hurun, a Shanghai-based consultancy.

In 2021, Forbes reported that Wang’s wealth had grown to US$23.5 billion and made him the 14th richest person in China at the time, thanks to the twofold increase in the stock price of BYD.

How did he dethrone Elon Musk’s Tesla?
BYD is now in competition with Musk’s Tesla to become the world’s largest electric car maker. But ironically, Musk rejected his product. “Have you seen their car? said Musk in a 2011 Bloomberg interview. “I don’t think they’re making a good product.”

So how did Wang beat Musk? The tenacious businessman seemed to encounter fewer problems during the Covid-19 pandemic and even made big profits due to his company’s ability to diversify supply chains and production bases – unlike Musk who had to shut down his Chinese company to comply with Shanghai’s two-month punishment. confinement.

BYD also has a unique business model where it does not source parts from specialty manufacturers. Instead, it manufactures its own chips and batteries as well as electric vehicles — 90% of BYD auto parts — and thus shields the company from supply and logistics constraints, as Forbes explained.

This year, BYD beat Tesla in terms of sales after selling 641,350 new energy vehicles in the first half of 2022, while Tesla only delivered about 564,740 vehicles.

When asked why Wang was looking to start an electric car company, he told CNBC that “as gasoline was about to create an (environmental) problem, we had to start developing electric cars. ‘future of electric cars in China is very bright.’

BYD produces electric vans in a joint venture with Mercedes-Benz (with a starting price of US$50,000), but its main targets are passenger cars, buses, trucks, e-bikes, forklifts and rechargeable batteries .

His company also produces five million surgical masks a day.
The Shenzhen-based electric vehicle maker also claimed to be the world’s largest mask maker, producing around five million a day, according to Fortune Magazine. He would have become one of the first businessmen to pivot to meet the demand for Covid-19 masks.

He created a task force to design and build new production lines to manufacture face masks and hand sanitizer (300,000 bottles per day). With the help of 3,000 engineers, the company built mask machines in seven days. Now, dozens of machines can be made daily, according to China Daily.

“As the representative of China’s manufacturing industry, we felt that we should lend a hand in this situation and use all our strength to produce much-needed masks,” Wang said in early 2020.

He overcame great poverty and wears national pride on his sleeve
Born in Wuwei County, Anhui Province, to a poor farming family, the 56-year-old business tycoon was raised by his siblings after the loss of their parents, according to multiple reports.

He then studied chemistry at Central South University and obtained a master’s degree at the Nonferrous Research Institute in Beijing which led him to work as a government researcher before founding BYD in the 1990s.

But Wang faced immense hardship at first due to lack of government funding for researchers and had to borrow money from relatives to open his nickel battery store, according to the Financial Times.

He’s come a long way since then, to say the least. When asked by CNBC why he got into the industry, Wang replied, “I think it came out of curiosity. When we see something good, we wonder why it is so good, and we want to know why and how it was created, to find the root cause of its goodness.

He is also proud of his country and once shared that “I believe Chinese companies can become leaders in the alternative car industry because we make good batteries,” per FT.

To note: This story originally appeared on SCMP and has been republished on this site.