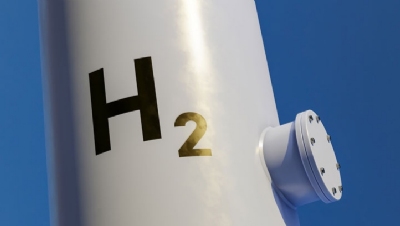 Former Climate Change Committee (CCC) Deputy Chair Baroness Brown is among members of a new ‘Hydrogen Policy Commission’, which will advise policy makers as climate sectors green and blue hydrogen are growing in the UK.

Senior representatives from the Conservative Party, Labor and Liberal Democrats will join Baroness Brown as members of the Commission, along with hydrogen experts from the UK private sector and senior academics.

The Commission will, as a first step, carry out an assessment of the UK government’s hydrogen strategy, with a report due to be published later this year. It has planned an eight-month engagement program with representatives from industry and academia, as well as senior national and local government officials

The hydrogen strategy was published last August and builds on the commitment made in the ten point plan for the UK to host 5GW of ‘low carbon’ hydrogen generating capacity. by 2030.

In a statement, the Commission expressed concern that the strategy is not currently ambitious enough – or clear enough on support to achieve long-term goals – to attract private investment. Earlier this month, the trade body Energy Networks Association (ENA) recommended that the government target 10GW of low-carbon hydrogen generation by 2030 and provide additional funding to meet this target.

Other concerns have been raised about the strategy, including its focus on blue hydrogen, made using natural gas co-located with carbon capture technology; and whether the government is prioritizing the right hydrogen end-use sectors to maximize cost and carbon savings.

The Commission will assess these concerns and identify a path for the UK government to become a world leader in the export of hydrogen and related technologies. Baroness Brown said the UK now risks ‘repeating the same mistakes’ made with wind turbines and battery technologies, which have given countries like China a head start in the global technology race.

“Hydrogen is a real opportunity for the UK, with a key role to play in the resilient zero-carbon energy system we need to meet the challenges of climate change and global politics,” Baroness Brown said. . “The UK has missed the mark on batteries and wind technology, we can’t afford to miss the mark on hydrogen.”

The UK government is expected to provide an update on the hydrogen strategy by the end of the year. However, last year, progress on the green policy was largely plagued by a series of delays.

From the global Net-Zero strategy to the long-awaited environmental bill, sector agreements for renewables and non-financial reporting rules – companies have witnessed a plethora of updates green policy and new regulatory frameworks over the past 12 months, with even more developments expected in 2022.

To help you stay ahead of the curve, we’ve worked with PHS Group to release a new guide outlining the lay of the land for green policy and environmental regulations. Click here to download your copy for free.