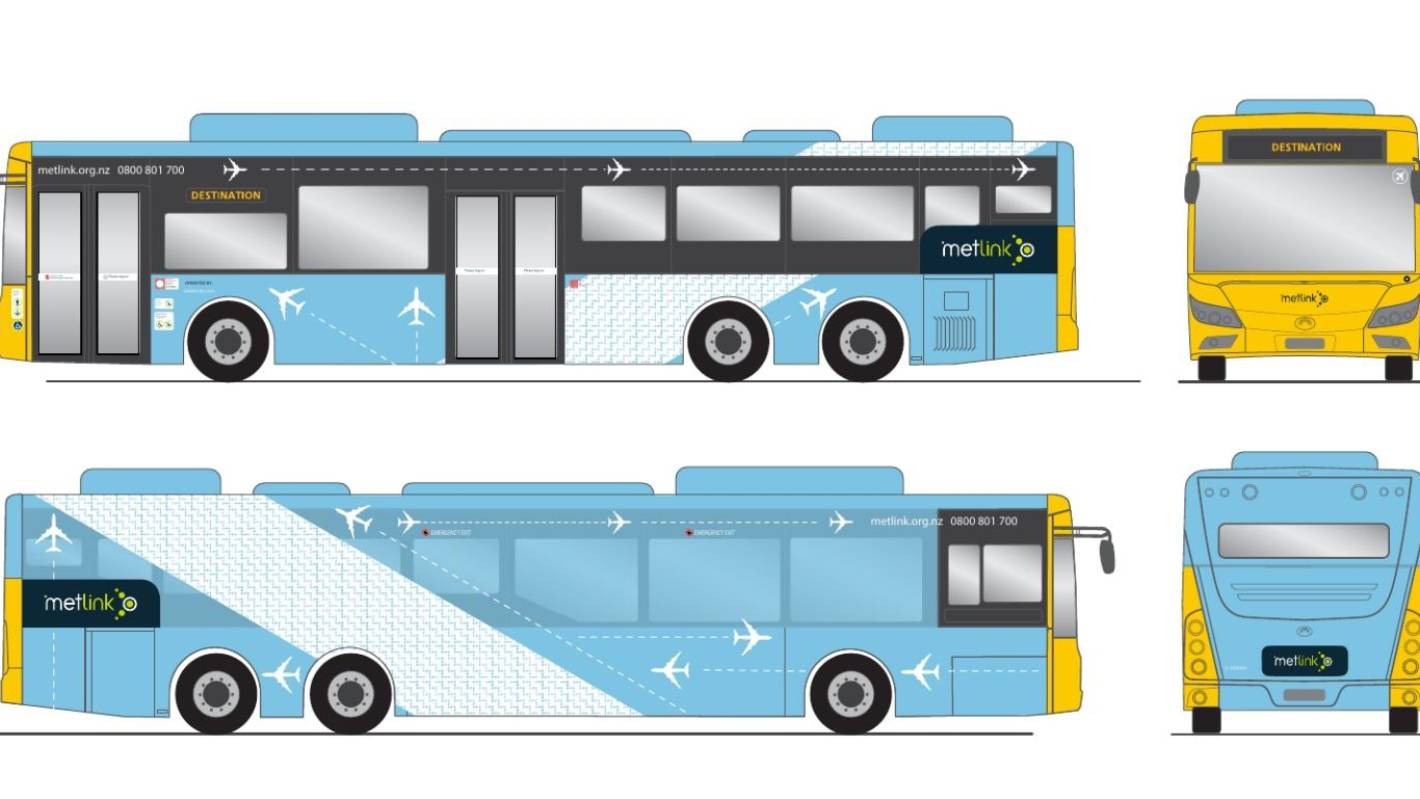 bus will run from Wellington Station to the airport, served by 10 electric buses.” style=”width:100%;display:inline-block”/>

The new airport bus will run from Wellington Station to the airport, served by 10 electric buses.

A new airport bus has been announced for Wellington, which has not had a direct route to its airport for over a year.

The contract was awarded to Transdev, the operator of Mana Newlands Coach Services. The service, which will be launched next year, will run from the station to the airport and is fully electric.

The service will run on the Metlink network and will have a Snapper ticket office, eftpos credit and debit payments, real-time information and a dedicated fleet of ten new zero-emission electric buses.

The Airport Flyer service was halted last March, before the Covid-19 lockdown. In November last year, operator NZ Bus announced that the service would not resume.

Metlink chief executive Scott Gallacher said the new service will provide thousands of people with reliable access to the airport.

â€œWith a new part of the service for the entire Metlink network, we will be able to see passenger travel data, exactly who is connecting to the service and from which parts of our region. “

This was not available previously, as the Airport Flyer was not part of the Metlink network. â€œThis will help us adapt our bus and train network and better target our resources to meet demand. “

Mana Newlands chief executive Craig Chin said the company was delighted to have been chosen to operate the service, which will serve 11 stops between the station and the airport.

â€œWe have been a part of the local community for over three decades and the expansion of our services to Wellington Airport is very exciting,â€ said Chin.

Roger Blakeley, chairman of the regional council’s transport committee, welcomed the news. â€œA quarter of all traffic in the eastern suburbs comes from the airport, so reinstating a bus service and reducing the number of private vehicles on the road will help reduce congestion and meet our obligations. climate change. “

Details of the route and associated infrastructure will be revealed early next year.

The inhabitants of Wellington could soon reach the airport by sea, two new electric ferries are on the program of the company which launched Thursday its new fully electric ferry, Ika Rere.

The 19-meter catamaran was officially unveiled at Queens Wharf shortly after 7 a.m., greeted by large crowds.

East by West Ferries chief executive Jeremy Ward said he would start taking passengers next month when crews have been trained.

Ward and his Wellington Electric Boat Building Company partner Fraser Foote wanted to add two more ferries to the fleet, smaller than Ika Rere, about 16m in length and capable of carrying 40-50 passengers, to travel from Queens Wharf at a refurbished Miramar Wharf as a connection to the airport.

An electric shuttle would then transport passengers from the quay to the terminal. â€œWe would be doing CBD at the airport in 18 minutes,â€ he said.

It would also serve as a connection to the Miramar Peninsula for commuters, he said, and there had been conversations with Weta Digital, which employed more than 2,000 people on the peninsula, about the staff using the service.

He predicted that this could save up to 200,000 passenger vehicle movements through the Hataitai Tunnel each year, thereby reducing the load and thus extending the life of the tunnel.

A third ferry was also an option to travel between Miramar Wharf and Days Bay, connecting Lower Hutt directly to the peninsula and to the airport.

â€œThis is not the answer to Wellington’s traffic problems, but by God it’s a good start,â€ Ward said.

*CLARIFICATION: Craig Chin is the Managing Director of Mana Newlands by Transdev. An earlier version of this story incorrectly said that he was the CEO of Transdev.

Strong wind warning issued for Iowa. What you need to know about timing, impact