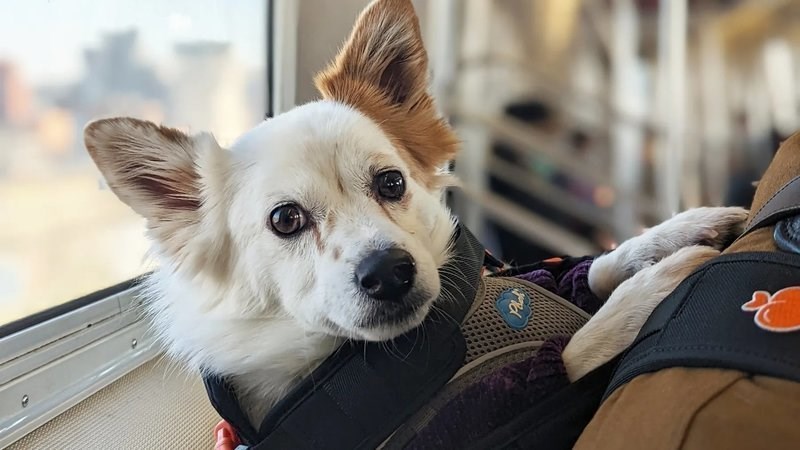 A petition on Change.org challenges TransLink to change its pet policy to allow more flexibility and opportunities for people to bring their furry friends on board. At the time of publication, the petition had more than 700 signatures and cites New York City’s transportation policy as a model for TransLink’s future.

Currently, TransLink’s policy is that all animals must be kept in closed cages that are clean, odorless, portable, have no sharp edges, and do not leave any part of the animal exposed. They must be kept on your lap or on the floor away from other passengers and only one pet is allowed per person. All pets, except service animals, are prohibited on HandyDART buses. Dog strollers are also not permitted on any transit.

The petition largely focuses on dogs and argues that dogs that are well behaved and fit in a carrier bag, tote or backpack should be allowed on public transport as long as they are not do not disturb other passengers by growling, barking or licking. . This is also the policy in New York, but the petition points out that other major cities like Toronto and Seattle allow well-behaved dogs in transit as long as they remain on a leash.

In 2017, the Vancouver Board of Parks and Recreation made a bid for TransLink to loosen the reins of its pet policy. The Parks Board thought access to off-leash dog parks would improve if dogs were allowed in transit, but TransLink held firm and the policy remains unchanged.

At the time, the Parks Board reported that 36% of households owned dogs and since the pandemic that number has only increased with around three million pets adopted in the past two years. Many people who had a pet during the pandemic now have to accept it as part of their lifestyle, which has led to record numbers of abandonments.

The petition suggests that rising gas prices, rising costs of living and increasing numbers of dog owners are all reasons to revise the policy. Stating, “It is unreasonable to expect dog owners to own a vehicle or pay for car rental every time they want to travel with their pet.”

Indeed, democratizing access to the public transport system so that it makes room for our four-legged companions can also reduce the number of surrenders.

You can view the full petition here.

Construction companies could take a page out of football’s playbook