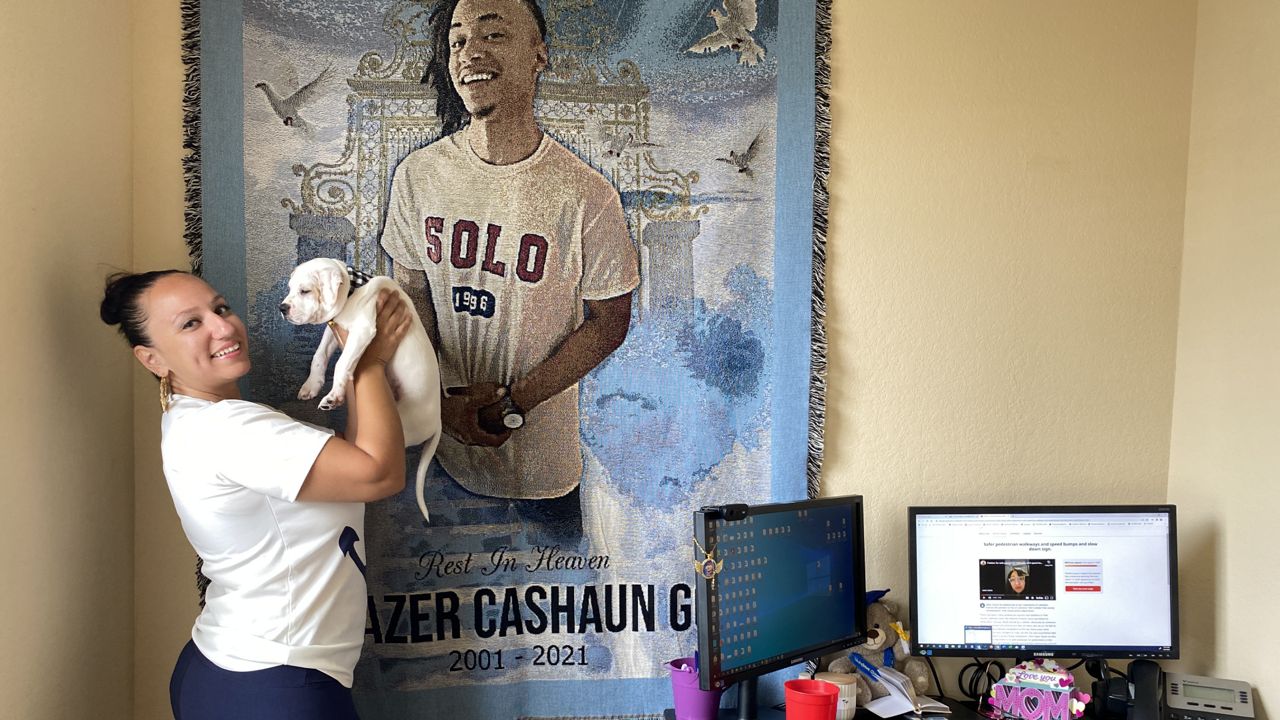 A Polk County community celebrates a big win after county commissioners stamped approval for sidewalk construction in their neighborhood.

What do you want to know

“People have gotten used to doing what they want when it comes to speed and that goes for buses and everyone else going at high speeds on this road,” said Steve Essary, a resident of North West Lakeland.

Steve Essary and I first met last year after a number of speeding complaints on 1st Street NW in Lakeland.

The problem of speeding in this area of ​​North West Lakeland is not new. Support from mothers across the city brought to light another issue, the residential community has no sidewalks.

“My son was only 19 when this car hit him on the side of the road; he was walking on the grass,” Yaica Irizarry said. “The car was only supposed to go 15-30 mph on this road.”

A car struck and killed Yaica Irizarry’s son on 1st Street NW in Lakeland in November 2021. Since then, she has been attending city council meetings and communicating with commissioners to make this area safer for pedestrians.

“I’m doing this for my son; it’s all for him,” Irizarry said. “Your first son teaches you to love, that’s what he was to me and so…actions speak louder than words.” It was all for him.

The Lakeland Sidewalk Advisory Committee agreed that 1st Street NW needed sidewalks, based on their location and the number of deaths in the area.

“It’s bittersweet, just because it shouldn’t have happened this way, but the fact that we were heard and we were mad had an impact – it brought a kind of joy to my heart,” said Irizarry.

The Sidewalk Advisory Committee has a $2 million budget for this project and several others underway in Polk County.

“I hate that it had to happen this way, but I’m glad it happened.”

Yaica Irizarry received a call that her son had been hit and killed by a driver as he was walking along the road.

His hard work convinced the advisory board to put sidewalks on that same road. @BN9 @MyNews13 pic.twitter.com/pzjwWFCyeb