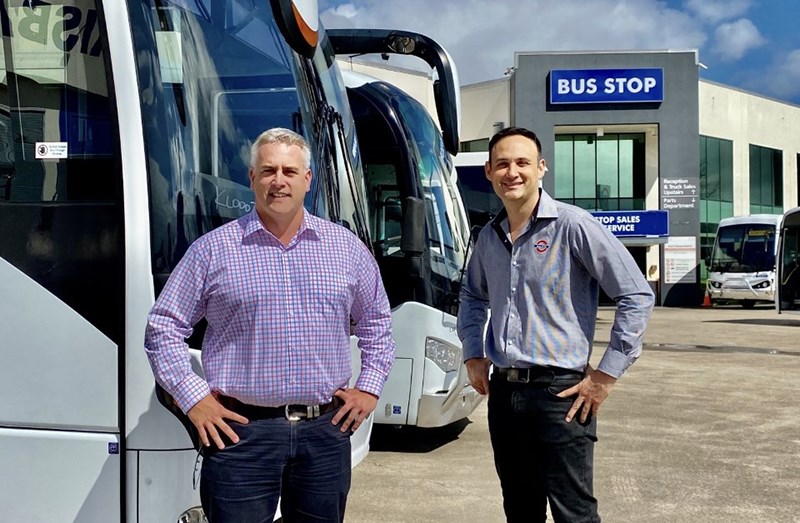 In particular, Hall brings specialist knowledge of the opportunities and challenges of integrating electric buses into a large diesel-powered fleet, having led the design and implementation of Translink’s first major electric bus order. in Queensland, confirms Bus Stop Sales.

“I am delighted to have recently joined the team at Bus Stop to lead our division dedicated to zero-emission transportation,” said Hall.

“I joined Bus Stop at an exciting time with a number of well-advanced projects, including the introduction of Australia’s first all-electric high-floor bus later this month,” said Hall.

“We’re planning a major launch of this vehicle at our Rocklea headquarters in February, so it’s definitely to watch this space,” Hall added.

“The transition to zero-emission buses is an exciting chapter in our industry’s long history and I’m thrilled to have Martin join Bus Stop’s charge in this space,” White explained.

“Martin brings significant expertise to this role, having managed some of the largest bus fleets in Australia, and I am confident that this, along with his understanding of the transition to zero emissions, will be well received by the industry,” said White said.

As the company points out, the journey towards zero-emission public transport in Australia is well advanced, with state governments recently setting targets for the introduction of zero-emission buses into the fleets of contracted bus operators. .

The Queensland Government recently announced that every new city bus in South East Queensland will be a zero-emission vehicle by 2025, while the NSW Government aims to transition its private fleet 8,000 buses by 2030.

Walters demands that schools do more to stay open; Hofmeister describes him as “out of touch”