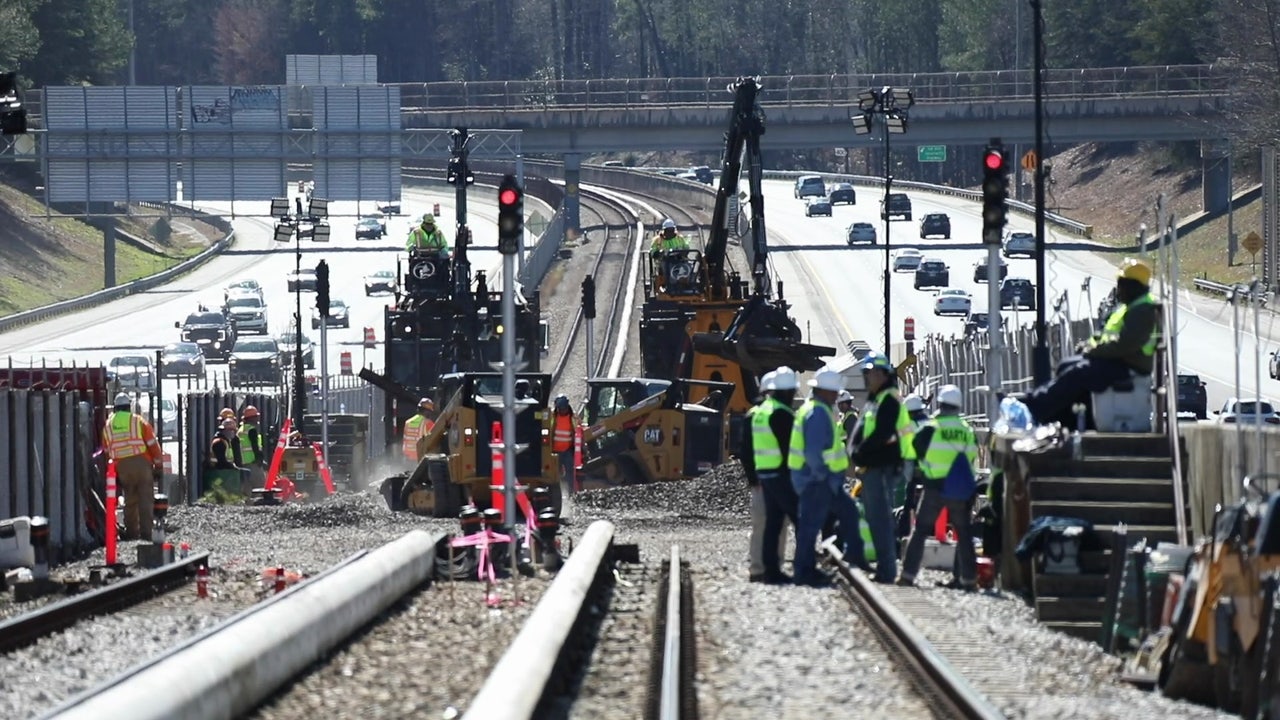 Replacement of the Red Line track ahead of schedule

Workers continue to make progress on a lane replacement project for the MARTA Red Line February 20 in Atlanta. (FOX 5 Atlanta)

ATLANTE – MARTA announced on Sunday that 2ork on its Red Line tracks, which has suspended operations at several stations, is ahead of schedule.

MARTA provided a progress update, saying crews have positioned sleepers with rails laid over them to be secured by Sunday morning.

Workers have been replacing lanes on the corridor between Ga. 400 lanes nonstop since Friday night.

“We will be working around the clock for the next two days to make sure we get this job done and get this system back up and running,” said senior project manager Anthony Rivière.

MARTA said Red Line trains will not operate south of Dunwoody station, between Dunwoody and Buckhead, until the project is complete.

The Medical Center station is between these two, so this station will also not receive train service.

Getting Around During the MARTA Track Replacement Project

A non-stop express bus will be available between Lenox and Dunwoody stations. Shuttle buses will not serve Lindbergh Center station. Passengers must use a bus at Lenox Station to transfer between the Red and Gold Lines.

Why is MARTA replacing tracks near Ga. 400?

The rails have reached the end of their service life.

Leaders hope the changes will improve the safety of the rail system and reduce future train delays.

With new equipment, the speed and frequency of trains can increase.

“Once in a while we have to do things like that because the equipment wears out and we have to run slower in those areas,” Rivière said.

FSU professors discuss the impacts of the Winter Olympics