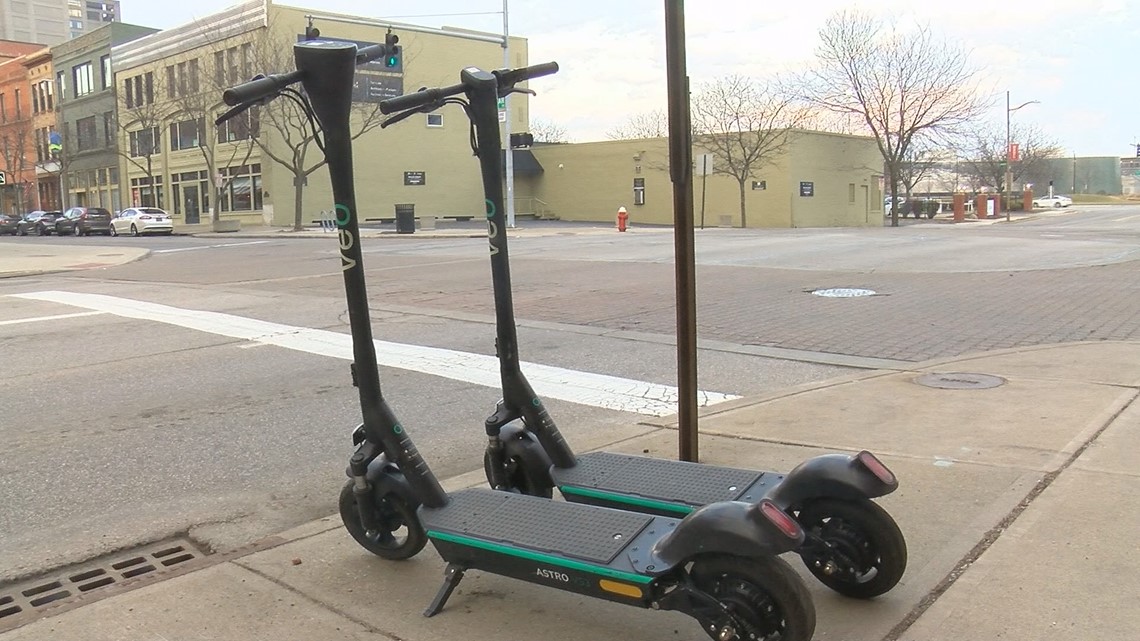 The Ability Center has received complaints of scooters being left behind by cyclists, blocking sidewalks.

TOLEDO, Ohio — Since the spring, tons of people have been using them to buzz around town, but when your ride is over, what do you do with the scooter?

“They don’t rush them,” Angie Goodnight said. “They just leave them lying there where it happens. People in wheelchairs. People like me, I’m blind. If I fell on one of them, I would fall.”

Good night works for the capacity center and says she’s gotten a lot of calls from people with disabilities in the community, saying scooters are blocking the sidewalks.

She would like the company that supplies them, VEOto intervene.

“An incentive to bring the scooters back to their area of ​​origin,” Goodnight said.

Passengers get a discount for parking in so-called “lucky zones” or popular spots across the city where people want to rent a scooter.

Passengers must submit a photo of their parked scooter at the end of their ride. If the scooter is parked incorrectly, they will receive a warning. If improper parking occurs a second time, the passenger is fined $15. Future fines increase if the scooter driver continues to park improperly.

Goodnight asks riders to take advantage of the incentive and also keep others in mind while riding.

“You just walk around and think, ‘Could a person in a wheelchair manage?’ and that’s it. Just walk over it,” Goodnight said.

If members of the public see improperly parked scooters, they can contact VEO at [email protected] and 855-836-2256. VEO will want to know the location of the scooter and, if possible, the vehicle number located between the handlebars below the QR code.

RELATED: Downtown Toledo’s scooter program is popular, but some say the drivers are dangerous

VEO says that when it receives notice of an improperly parked scooter, it becomes a high priority to recover. The vehicle number gives the precise location of the vehicle.