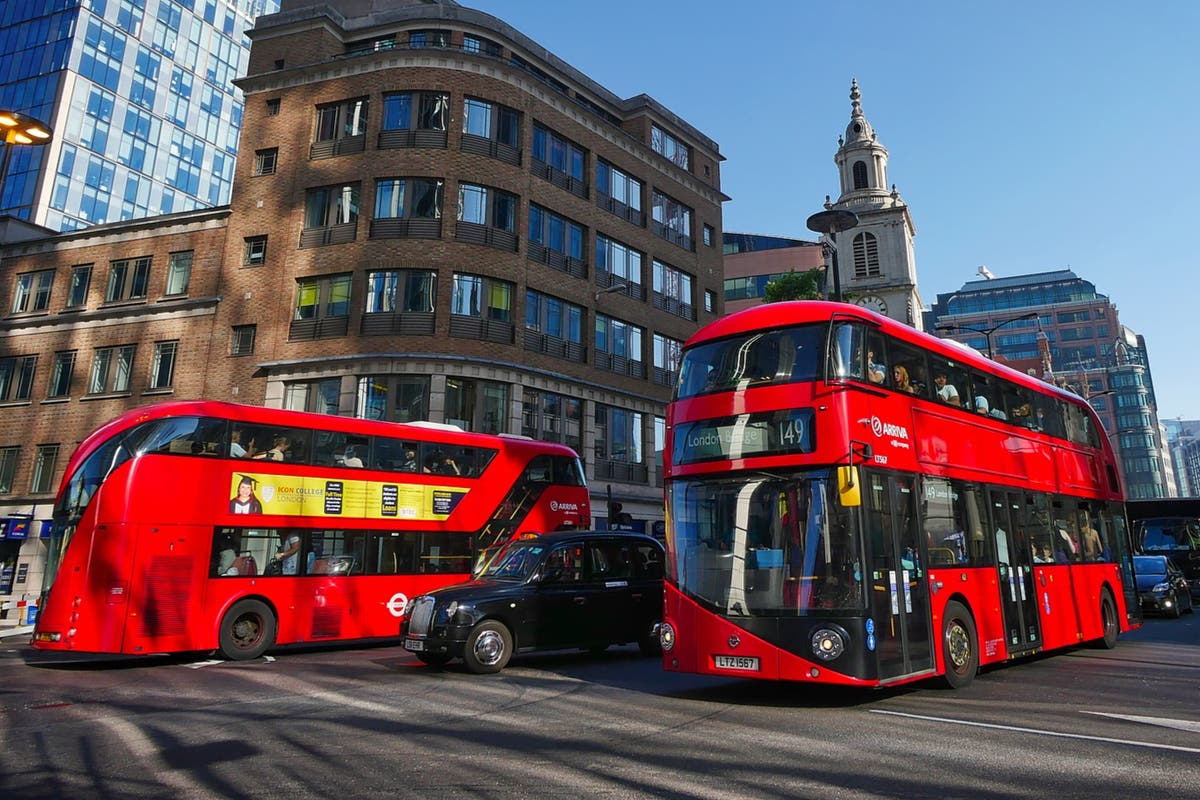 The ‘Boris bus‘ may have to be taken off the road unless Transport for London’s long-term financial crisis can be resolved, the town hall said on Monday.

A thousand buses were introduced by Boris Johnson in his second term as mayor, at a cost of around £350million, replacing the classic double-decker Routemaster.

They are approaching their ‘mid-life refurbishment’, which took around seven years out of an expected 14-year lifespan, but TfL are struggling to find the £31million needed to complete the upgrades.

TfL’s current government bailout has been extended until February 4, but TfL commissioner Andy Byford said the organization assumed a ‘Domesday scenario’ of moving into ‘managed decline’ of the network of public transport due to uncertainty regarding long-term capital investments.

TfL also fears its hopes of electrifying the capital’s 9,000-vehicle bus fleet by 2034 could be delayed by three years to 2037.

TfL has started announcing contracts to refurbish Boris buses, which were built in Northern Ireland and, unlike other buses, are owned directly by TfL, meaning it has to cover the refurbishment costs new.

This includes expenditure of up to £5m for new driver seats and £1m for pre and post refurbishment inspections.

In total, around 20 modifications need to be made to restore the buses to “like new” condition. These include new passenger seat covers, respray of the red exterior paint, improvements to the fire suppression system, a “deep cleaning” of the interior, and new customer signs.

Sadiq Khan refused to buy any more Boris buses to succeed Mr Johnson as mayor in 2016. The vehicles sparked controversy, having initially been designed without opening windows, leading to them being dubbed the ‘ Roastmaster” during the summer. They also had a poor emissions record.

On Monday, Mr Khan said bus manufacturers across the UK would suffer if TfL was unable to lead the transition to electric buses.

TfL suspended the award of new bus route contracts in November, meaning private bus companies were unable to order new vehicles. TfL orders would support 3,000 bus jobs in the wider ‘supply chain’ and 43,000 across all forms of public transport.

Mr Khan said: “It is no exaggeration to say that tens of thousands of highly skilled jobs – many of them believed to come from outside the capital – will be at risk if ministers fail to fund TfL properly.

“Furthermore, our progress towards bus electrification will be halted, and the capital will suffer with fewer buses on the roads and an unreliable metro service with aging trains.

“The government must realize that a properly funded transport network in London is a matter of great national importance.”

Caroline Pidgeon, Lib-Dem Member of the London Assembly, said: ‘The expensive Routemaster buses are a legacy of Boris Johnson.

“He also knew that no other city in the world would ever want to buy them used, so London should stick with them for many years to come.

“Having imposed these buses on London, it’s time he faced up to his legacy and ensure these buses get the critical mid-life refurbishment they so desperately need.”

The Department for Transport has asked TfL to provide further details on how it proposes to generate the additional £500m-a-year required under the government order for it to break even operationally. by April 2023.

Mr Byford said TfL was still working on the basis that Tube and bus fares would rise by around 4.8% in March, although a final decision was expected from Mr Khan.

Broncos set to interview Cowboys Quinn and Moore on Tuesday