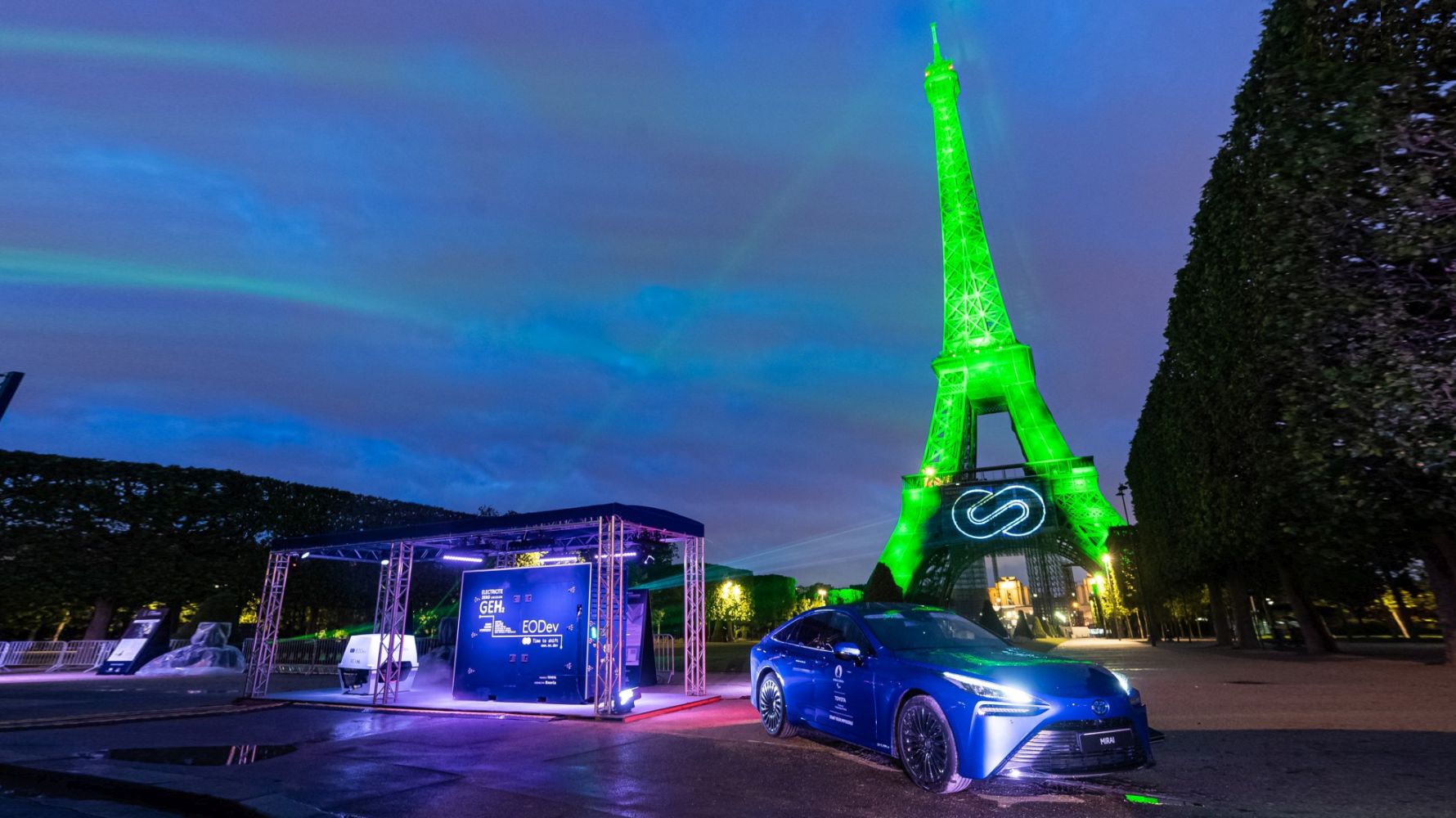 Toyota lights up the Eiffel Tower with sustainable hydrogen energy


As Toyota continues its efforts to expand areas of hydrogen use and popularize hydrogen with its zero-emission goal, the Eiffel Tower in Paris has been illuminated with sustainable lights using Toyota’s fuel cell technology. As part of the “Paris of hydrogen” organization organized by the Energy Observer, the fuel cell developed by Toyota was used in the GEH2 hydrogen generators of the Eiffel Tower lit in green.

The complete greening of the Eiffel Tower, which hosted a visual feast, represented carbon-free renewable hydrogen. Along with this awareness initiative, Toyota’s goal of supporting the widespread use of the fuel cell to reduce carbon emissions and accelerate the growth of the hydrogen community was also highlighted.

The GEH2 generators used for lighting also supplied electricity to the Energy Observer village around the Eiffel Tower. Alongside many companies, Toyota has unveiled its vision of the sustainable cities of tomorrow with its hydrogen energy and mobility solutions. Toyota also had the opportunity to present its applications of hydrogen fuel cell technology, presenting the new Mirai, a hydrogen city bus manufactured by CaetanoBus, the extension of the REXH2 boat range developed in collaboration with EODev and the generators GEH2.

Toyota Europe President and CEO Matt Harrison highlighted the importance of hydrogen for the brand and the environment, saying:

“Hydrogen fuel cell technology will play a key role in achieving Toyota’s 2050 carbon neutral goal. We made this commitment in 2015 when we announced the 2050 environmental goals and introduced the Mirai, the world’s first mass-produced fuel cell vehicle. Fuel cell technology is not just about the automotive industry; It will also play a critical role in the goal of achieving carbon neutrality in the global transport ecosystem, including the bus, truck, rail, aviation and maritime industries. Paris, on the other hand, is of particular importance to Toyota, which participates in this important organization in France, as it is the official mobility partner of the Olympic and Paralympic Games. Toyota will also continue to provide zero-emission vehicles and advanced mobility products during the games to highlight its zero-emission mobility solutions and its understanding of “freedom of mobility for all”. “