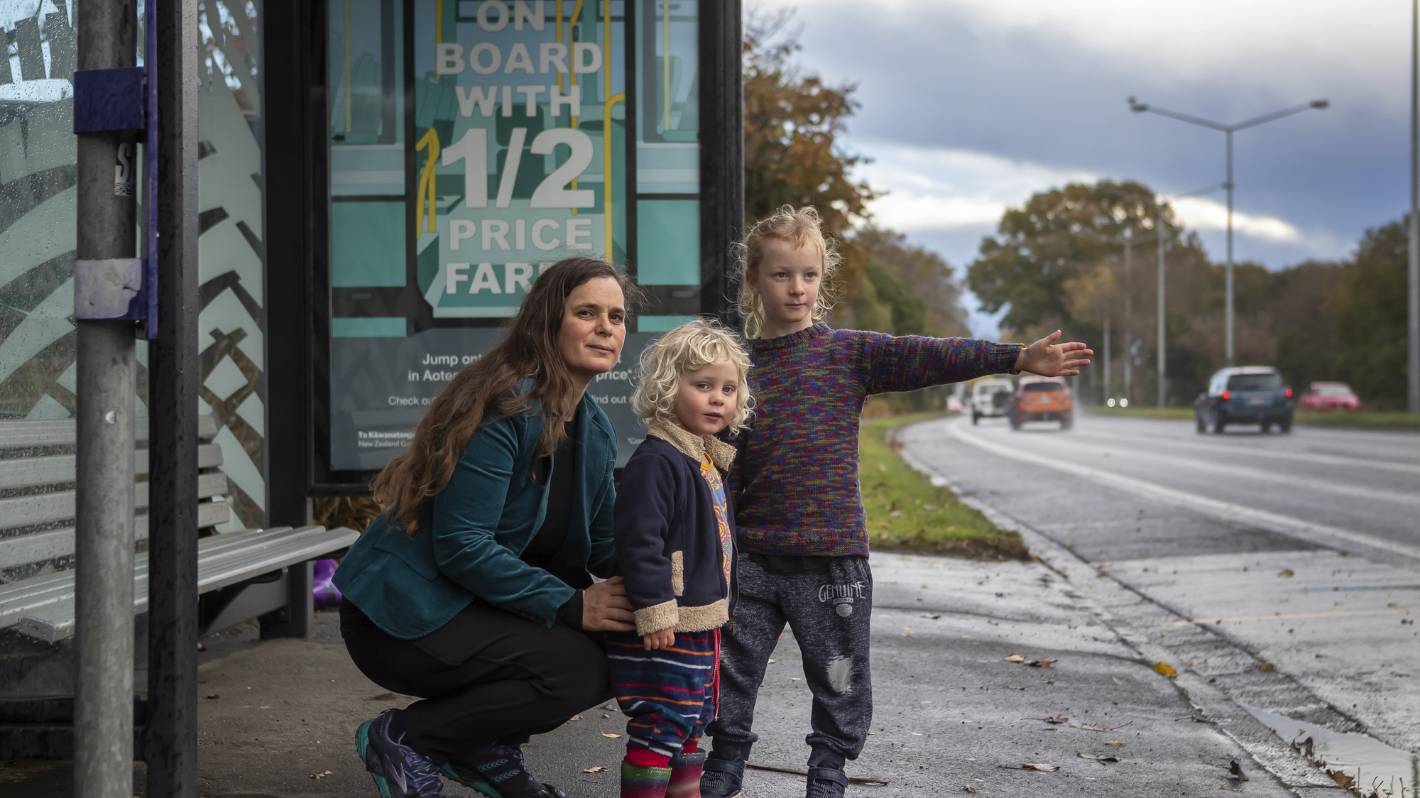 By Susan M. Huddleston On May 20, 2022
Share
public transport as part of a conscious effort to fight climate change.” style=”width:100%;display:inline-block”/>

Ngahuia Freed with her sons Yannis, 2, and Willem, 7, enjoy using public transport as part of a conscious effort to fight climate change.

For Ngahuia Freed and her two sons, the bus is a “way of life”.

“It’s not easy in Christchurch, but it’s important.”

After 20 years in Australia, the single mother and her boys, aged 2 and almost 8, are back in Christchurch, restoring a 1916 cottage opposite the house she grew up in.

READ MORE:
* Government’s carbon-cutting policies fail to impress climate activists
* “The way of the future”: Dunedin tests the first electric bus
* A youngster ditches his birthday presents and turns the party into a fundraiser for the local zoo

Reducing transportation emissions played a starring role in the $2.9 billion plan with a new car scrapping and replacement program but huge funds for decarbonizing industry and agriculture have also been reduced.

Christchurch City Council has set an ambitious district-wide target to halve Christchurch’s greenhouse gas emissions by 2030 from its 2016-17 baseline, reaching net zero by 2045.

But across the city, many were taking charge of their own shows — and some had made drastic changes to their lifestyle.

Freed said she had become accustomed to Sydney’s “really good” public transport while she was away, but found the system in Christchurch left a lot to be desired.

“I was really determined to continue…It’s important to try to be more sustainable, there are just way too many cars.”

Freed took his 7-year-old son Willem on board, describing their trips as “bus adventures” and how the bus has helped the environment.

When he was younger, they went to his nursery school in Huntsbury every day. Of the twenty or so children in his class, Willem was the only one to take the bus regularly.

“It was difficult, but we kept doing it. It’s all about how you frame it with them… It’s about educating them from the start.

After learning that taking the bus helped save the environment, Freed said he became one of its most passionate advocates.

“He says there are too many cars, too much traffic and there must be more buses.”

Until recently, they were riding “a lot of empty buses”.

But the government’s half-price bus fare scheme – introduced in early April for three months – has made a huge difference. In Thursday’s budget, it was extended for another two months for everyone — and indefinitely for community service cardholders.

“[Willem] gets quite excited counting how many people are on the bus now. There were 30 the other day.

Freed hoped the program could be permanently funded.

She felt that some things were missing from the government’s program Emission reduction planincluding congestion charges for parts of Christchurch.

“There are good things in [the plan]but there are really a few things missing.

“Electric buses are great, [but] unless there is that incentive, people won’t use them.