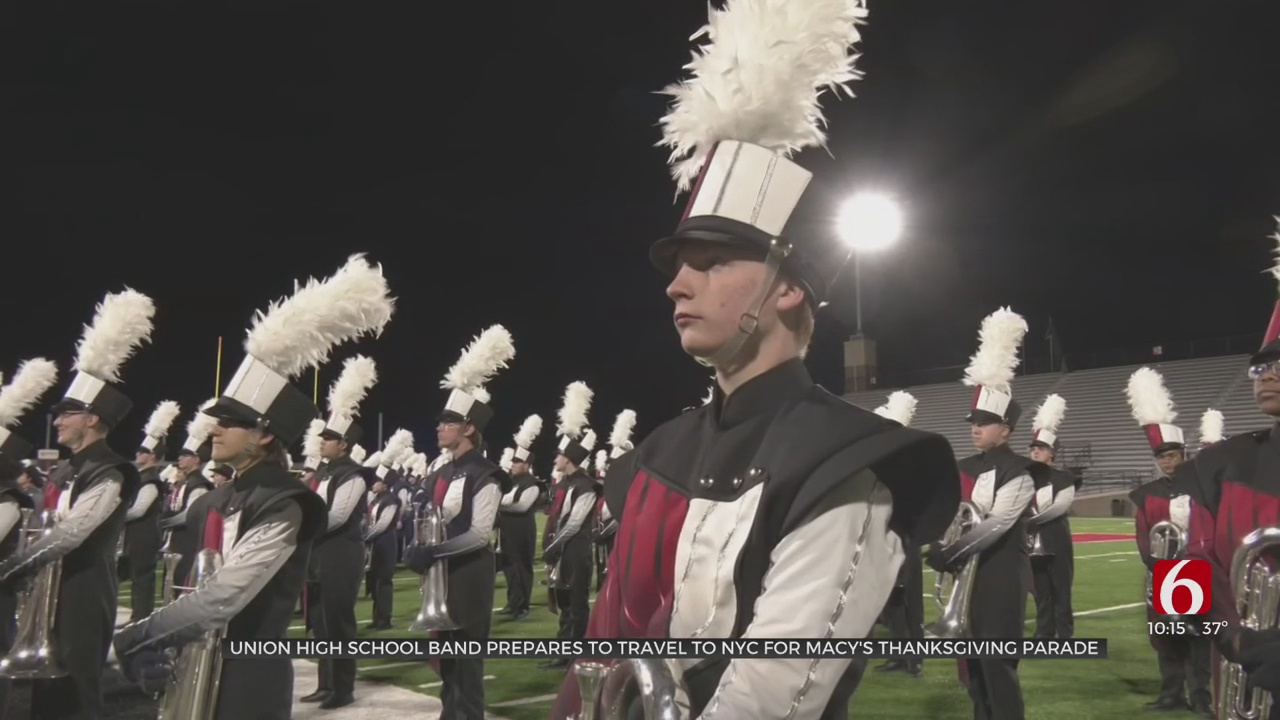 The Union Renegade Regiment is preparing to depart for New York to participate in the 95th Annual Macy’s Thanksgiving Parade!

The group’s competitive season has been over for about 2 weeks, but their work is far from over.

The band will soon be ringing in the streets of New York. First, more than 200 students, staff and chaperones must cram into 5 charter buses early Sunday morning for their 27-hour journey.

â€œIt’s, it’s amazing. I mean I’ve never been to NYC and can’t say which one I’m most excited for. New York or the parade. I mean it’s all going to be a blast, â€Shaun Riggins said.

Riggins is one of 185 students from the Union’s Renegade Regiment who will participate in the Macy’s Thanksgiving parade.

â€œI have been playing the trumpet since 6th grade. I switched to the French horn around 7th grade and for fanfare, I played [this] every 4 years, â€said Riggins.

The group gave a farewell performance at Union’s Tuttle Stadium tonight to give people a preview of the televised performance.

Group manager Charles Pisarra said they would get up for a 2 a.m. TV rehearsal for Thanksgiving, before a 2.5-mile walk through town.

â€œWe don’t have large buildings here on our campus to train in, so the acoustics of the playing environment are a little different on the street than on a football field,â€ Pisarra said. “In addition to the competitive show, we were also putting together additional repertoire which naturally required more time, more effort on the part of the students.”

A dozen students in the class of 2021 who helped raise funds for last year’s trip that was canceled due to the pandemic are putting on their uniforms to perform.

â€œThese students learned from afar, so we sent video clips, music and computer animation of the exercise trainings. Some won’t do it until the Tuesday rehearsal two days before, so it’s a little stressful, but they’re good kids, â€Pisarra said.

Pisarra said they plan to go to Rockefeller Center, see a Broadway show, and have a big Thanksgiving dinner for 400 people. He said they would be doing a lot of visits. The group will leave the Big Apple on Saturday after Thanksgiving.

Current Discussions: William Rowe of Octopus Hydrogen on Electrolyser Costs and the Need for Green Hydrogen