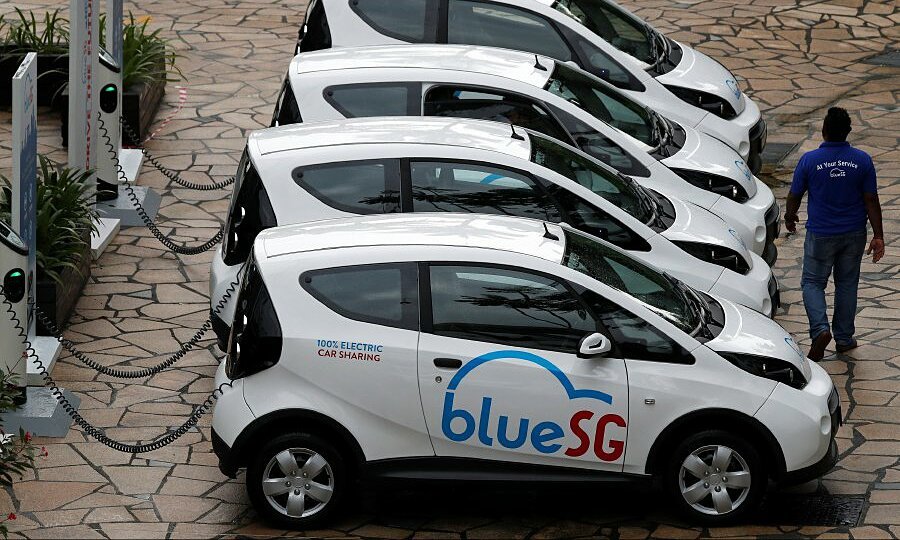 Vietnam could and should replicate its solar success in electric mobility

It has demonstrated its seriousness in pursuing the energy transition with the remarkable solar boom of recent years.

Well-designed and executed regulations and supporting policies such as feed-in tariffs (FiT), tax incentives and land lease waiver are seen as the underlying factors for the growth of renewable energy (RE), in particular solar, in the country.

Nothing better to show your commitment to the energy transition towards a carbon-free energy system.

At the end of 2020, Vietnam surpassed its record for rooftop solar installations of 378 MW to around 9.8 GW, with a capacity of 6 GW installed within a month just before the expiration date. of FiT.

However, this promising decarbonization effort on the supply side has not been sufficiently replicated on the demand side.

Such vigor is not seen in the transport sector, another priority front for decarbonization. Transportation is one of the most carbon intensive energy sectors along with industry, accounting for around 21 percent of total final energy consumption, as shown by the ASEAN Energy Database System (AEDS).

This sector could significantly reduce carbon emissions by switching to cleaner vehicles such as electric mobility.

Compared to other countries in Southeast Asia, it is curious to see that the regulatory framework for electric mobility in Vietnamese road transport is not yet so firm. Singapore, through its long-term land transport plan, aims to phase out all fossil fuel vehicles by 2040.

Other countries like Indonesia, Malaysia and Thailand have published roadmaps for the development of electric vehicles.

While the deep decarbonization of Vietnam’s energy sector is seen as a massive success, Vietnam can also begin to decarbonize its transport sector.

Interestingly, the pursuit of electric mobility could form a symbiotic relationship with the development of solar energy.

A potential challenge raised by the wide penetration of electric vehicles is the growing demand for electricity for recharging. Such a possible increase could put additional pressure on the power grid and power generation. Meanwhile, solar energy is facing problems due to the intermittency of its production.

The unexpected increase in solar power supply in Vietnam has brought discussions about grid readiness and supply-demand balance to the fore, and electric vehicles could help solve this problem.

With proper management on the demand side, electric vehicle charging could be synchronized with peak solar power generation, which takes place during the day.

Behavioral models need to be socially designed, but it is possible.

Considering the crucial role of electric mobility in greening the transport sector of Vietnam and beyond, a specific and appropriate regulatory framework should be designed which could learn from the famous solar revolution.

Vietnam could also benefit from benchmarking a regulatory framework in other countries in the region and lessons learned from leading electric vehicle countries like Norway and China, to find what works best. and what does not work.

Two sets of policies can be drawn from such an exercise. The first is to set specific, ambitious but achievable goals. Targets can be linked to the penetration of electric vehicles itself or to supporting infrastructure such as charging stations.

It is also advisable to add detailed objectives, especially for priority areas such as public transport and two-wheelers.

The second is that incentive and deterrent policies should complement the goals, creating an appropriate step-by-step roadmap.

These supportive policies could focus on creating demand early through fiscal and non-fiscal incentives. But to ensure a sustainable environment for electric vehicles, incentives should be well designed to build the capacity of local industry, both in production and maintenance. The incentives offered could allow the local industry to become more mature institutionally and financially secure.

This maturity will offer advantages such as the creation of more jobs for the trained locals. People will not only get jobs, but also whole new expertise in these emerging technologies, which will help improve their capabilities in many areas.

In addition, a mature local industry could also lower prices for electric vehicles through the use of more local content.

Boosting the use of electric vehicles in Vietnam is a viable strategy that must be seized quickly. As the case of the solar boom has proven, a clear and consistent target supporting stable environments could accelerate progress.

If the recipes for the success of the solar triumph can be applied to the promotion of electric mobility, another boom in clean energy solutions is only a matter of time.

Can anything replace China as the engine of oil demand?