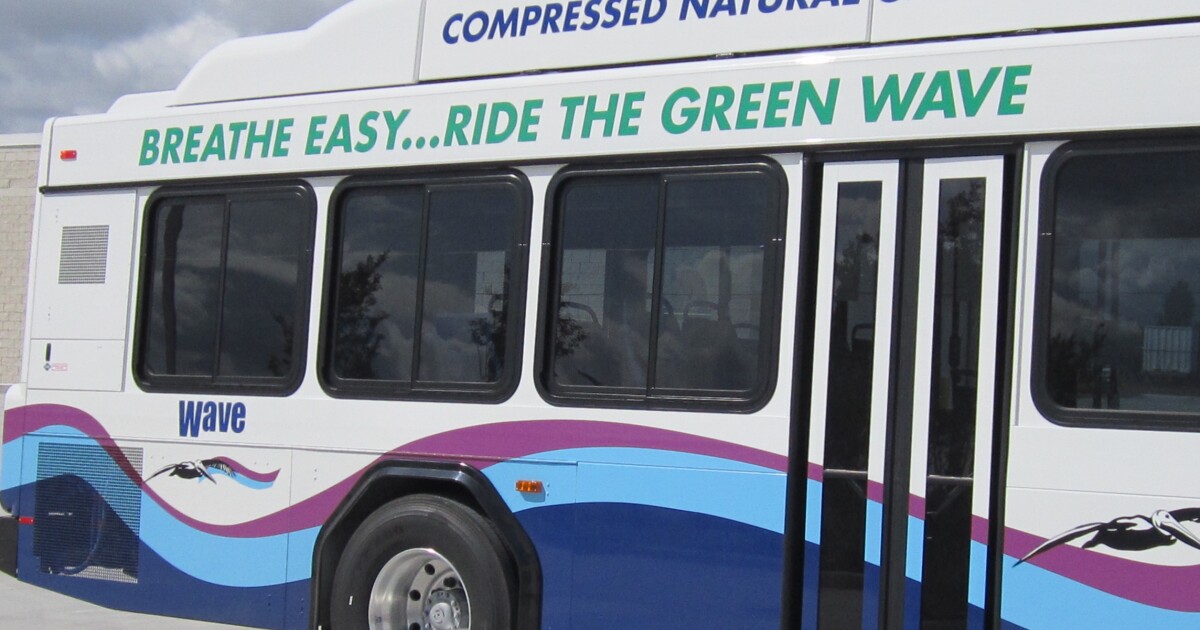 Wave sees its ridership increase for the first time in years

Wave transit has floundered for several years with unstable funding, shifting leadership and declining ridership. But it starts to balance out from this year.

Much of the positive change Wave has seen can be attributed to new management: Chief Executive Marie Parker has made significant changes to the service, including the introduction of microtransit. This program has since replaced a few infrequent routes, freeing up resources to increase the frequency of more popular routes.

Parker says it all paid off. “For the year, we had net positive growth of 3.1%. And if you look at the previous four years, we were negative.”

Parker says gasoline prices may have driven some of the increase in demand in recent months: Ridership has increased most significantly in the past four months, with an increase of 7 to 12% compared to the same period last year. But she says runners can also return with changes in the pandemic, and with the higher quality service Wave is now providing.

Related: What do riders think of Wave’s planned route changes?

It was feared that ridership might drop a bit in July as regular riders adjust to route changes. But while two routes have been returned to microtransit, three other routes have increased their frequency to twice per hour. And so far, July’s numbers look good, Parker said.

“We’ve received a lot of positive feedback on the 30-minute frequency from the general public, as well as staff who are impressed with the changes and appreciate it,” she said.

From the first day of service after the route changes, these new buses were already seeing passengers. So the change is already bearing fruit and making the public transport service much more usable.

Parker has his eye on future changes to improve service for riders as well, if funding is secured. It depends on whether residents pass the proposed 1/4 cent sales tax, slated for the November 8 ballot this year.

“It would stabilize our funding, it would increase service,” Parker said. “Our first task would be to expand our hours. Currently, we close our system at 8 p.m., which is almost unheard of in a city of this size.”

Longer hours would help workers in the service sector get home after work. And Parker would increase the frequency of buses on all routes from 1 hour to every 30 or 45 minutes, while adding new technologies like free WiFi on all buses, electronic ticketing via an app and electronic signs at stops with updated arrival times.

“Just a lot of new innovation,” Parker said, summarizing, “to turn this service into a more usable service.”