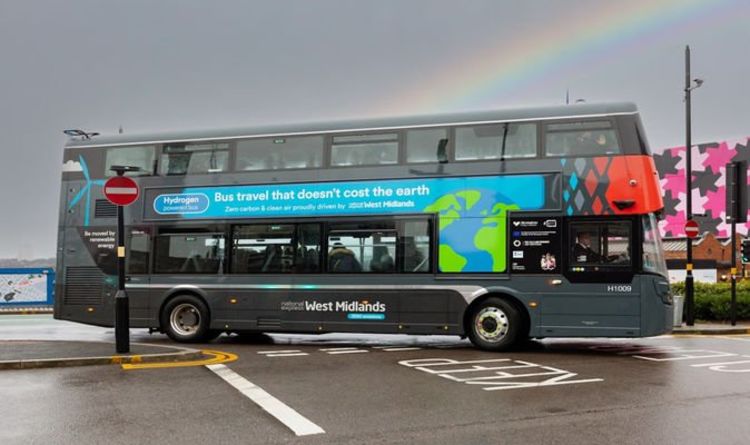 Outside of London, these are the only hydrogen buses in service in England.

They were purchased as part of the council’s Clean Air Hydrogen Bus Pilot, which plays a leading role in the zero-emissions logistics market.

It is hoped that this step will be the catalyst for the next generation of hydrogen buses, hydrogen production and the development of refueling infrastructure.

It is estimated that these 20 hydrogen buses will save 631 kg of toxic nitrogen oxide (NOx) emissions per year.

It will also prevent 1,560 tonnes of carbon from escaping into the atmosphere.

They can travel 300 km on a single tank, with refueling time usually taking 7-10 minutes.

Drivers must be specially trained to drive hydrogen buses because they behave differently from combustion engine buses.

Bus drivers learn to keep the fuel cell charge as long as possible to extend the distance the vehicle can travel before needing to refuel.

Neil Collins, Wrightbus MD, said it was fantastic to see the buses in passenger service for the first time in Birmingham.

He said: “We are incredibly proud of the role Wrightbus has played in the race to Net Zero. Around 70% of the buses we produce next year will be zero-emission vehicles.

“Our Hydroliners have already prevented over 1.3 million kg of CO2 from entering the atmosphere compared to the same journeys made in diesel buses, logging over 782,000 miles in the process.

It comes as a number of automakers see hydrogen as a realistic option to power vehicles once the 2030 ban on sales of new gasoline and diesel vehicles comes into effect.

The government published its UK hydrogen strategy in August, which outlines plans for using hydrogen in transport in the future.

He announced funding worth £23m to support the Hydrogen for Transport scheme, which aims to support its use specifically for transport.

Automakers like Toyota and Hyundai are already investing in hydrogen as an alternative fuel with their Mirai and NEXO vehicles respectively.

Although there are very few hydrogen refueling stations in the UK, it is hoped that investment from car manufacturers and others like Bosch will kick off a hydrogen revolution, similar to the massive investment in electric vehicles.

Bosch is also set to invest £800million in fuel cell and truck development as it seeks to upgrade technology on offer in the UK.